We’re pleased to announce that this will be the final update on Resistance Illaoi because she’s heading off to PBE and then to the live servers!

When creating visual effects (VFX), there are a number of considerations to take into account. The first of these is gameplay clarity—since the VFX for an ability basically ARE that spell, they need to clearly indicate the damage area of that ability, and they shouldn’t add too much noise that’d make it more difficult to see in a teamfight. Aesthetically, they need to deliver on the theme we’re trying to accomplish and they should be recognizable as that character’s ability the first time a player sees it.

With these considerations in mind, here’s how we developed Illaoi’s Q – Tentacle Smash.

We knew from Resistance Illaoi’s concept art and character design that she needed to have red as her VFX primary color, so the first step was to take the base Q’s VFX and recolor them red. The concept artist helped come up with some decals to act as area indicators for Illaoi’s Q, as we felt the base wiggly-tentacle pattern didn’t fit very well with the theme. Here’s the first pass we did for her Q:

Although this looks fine, it doesn’t feel very “Battlecast” (or Resistance). So next we went through all the other Battlecast VFX in the game and made a moodboard of what they looked like, and we referred to the brainstorm the team had made on what each ability could be. We even asked VFX artists who had previously worked on Battlecast skins what they felt made an effect feel “Battlecast.”

From this, we knew we wanted to get some smoky, fiery explosions into her kit somewhere, and possibly some low-tech red holograms. Then we made a second pass at her Q:

But when this was submitted for an internal playtest, the feedback was that it was too noisy and felt too powerful for how much damage it did. There was also an issue of clarity. When Illaoi ulted, it became very difficult to see what was going on if she hit five targets, which spawns five tentacles that slam at once.

Additionally, we consulted an Illaoi main from a different team at Riot, and he gave some feedback on the Tentacle Slam indicator. He felt that, because the Q indicator was much more opaque than base, it made it easier for enemies to dodge, and the very fine lines ended up being jagged, as they were each one pixel or less.

The first step on refining this effect was to make the indicator less busy whilst still feeling like it belonged in the Battlecast universe:

We toned down some of the explosion effects and removed the oil spills for better gameplay clarity. With the help of the entire League of Legends VFX team, we polished the effect more to get to the final version of Tentacle Smash:

Normally for Chromas we don’t change any of the VFX, but we’re making an exception for Illaoi. As we were looking at the Chromas, it became clear that it would be confusing if the tentacles that spawned from her passive were different than the ones in her Q and E, so we’re going to make them match. (Though the majority of her VFX will still remain red.)

Whenever we’re designing anything, we need to account for colorblindness. The most common type of colorblindness is red and green, and since this skin uses red as the primary color for the VFX, this was a major concern.

Here you can see a first pass of Illaoi’s “Test of Spirit” tentacle. Unfortunately, when tested in colorblind mode, it becomes very difficult to distinguish the red from the green grass of Summoner’s Rift, which would make it difficult for a color blind player to see if it were flying towards them.

Additionally, human eyes are naturally drawn to the areas of an object that are brightest, or that have the highest contrast. As per the League of Legends VFX style guide, we try to ensure that the tip of a missile like Illaoi’s Test of Spirit is what draws the eye, as this is the area that an enemy needs to avoid.

You can see in the far right image that the brightness value is roughly even along the whole length of the tentacle, and in the far left image, the area in the middle of the projectile has the highest contrast because of the dark metal right next to the bright red.

Subtle changes were made to the tentacle, making it look like it has a hot, glowing yellow core, and the brightness and contrast were increased in the glows at the tip. This makes it more visible for color blind players and also draws more attention to the part of the projectile important to gameplay—the tip that’ll rip out your spirit.

As a final note, we use several colorblind filters in Photoshop to simulate what any piece of a skin would look like for a player who is colorblind. In addition, we ask colorblind Rioters—you may have seen Nerp1186 jump into some Reddit threads about this—to look at the visuals and VFX for skins such as this one to raise any concerns.

As all of the moving parts for Resistance Illaoi come together, it means it’s time for playtesting!

Several times a week, our team jumps into internal playtests where we see work in progress and give feedback, both from an artistic and gameplay perspective. We also invite resident mains of a champion to join us because they offer up great in-depth feedback as someone who knows the champion inside and out.

We round up at the end of a playtest to give feedback, and from there, the pod working on Resistance Illaoi discusses it and spins up action items.

Here’s an example of what playtest feedback looks like. As you can see, Illaoi had a few WIP names in development!

In conjunction with playtesting, we also have formal testing running parallel. QA works with devs to curate a design document, which details what’s changed with this skin, so we know what we’re looking for and what’s intended when we test it.

Unlike playtests, formal testing runs through an extensive list covering everything from, “Does Tentacle Smash use thematic VFX?” to “Does anything go wrong when Lulu Polymorphs Illaoi?” (With Lulu, the answer is almost always.)

As we wrap up this skin, we’ll tackle bugs that are logged during testing. We categorize bugs into several buckets ranging from Blocker (i.e. a game is crashing) to Trivial (there’s slight clipping on the model). These buckets then help us prioritize the order in which we fix them. We average around 30 bugs for a skin of this scope. For comparison, Elementalist Lux had about 500 bugs.

We’ve already got a handful of bugs logged and in the process of being fixed. A classic examples of bugs we see during development are VFX present during multiple animations:

Tentacle from the Recall Winddown animation is misplaced.

Keep an eye out for her coming soon™ to a PBE near you! We’ll have a PBE Feedback thread pinned here. You’ve been great at sharing your thoughts through this skin’s development so far, don’t leave us hanging at the end.

And with that… we hope to see you out there. The Resistance needs you.

In Case You Missed It

Catch up on the complete development of Resistance Illaoi: 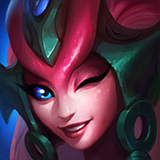 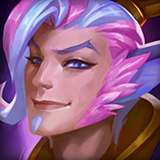 Under the Shell: WildTurtle