The visual effects discipline at Riot breathes life into these fantastical elements of League, whether it’s magic, fire, smoke, explosions, or the occasional sparkle. But the challenge is in delighting players while simultaneously preserving gameplay integrity. And since League is an ever-evolving game, there wasn’t a single point of reference to measure successful VFX, resulting in a wide range of inconsistency across the many teams at Riot using VFX. We realized the need to better communicate what “good” looked like in our game.

So, The VFX team sat down and outlined four main goals of VFX in League of Legends. Our VFX should:

How we accomplish those goals is a combination of five areas: gameplay, value, color, shape, and timing. This created a framework for us to build around and document digestible chunks of knowledge. After months of revisions and a mixture of examples, explanations, and visuals, we created the final document you see here. We use this style guide to make sure every team at Riot is creating VFX with the same mindset and standards.

Since all this League VFX goodness is housed in one concise area, we wanted to share it with you! We hope this helps show why we make the decisions that we do and provides examples that help you hold us accountable for our work. Our hope is that we can learn and grow along with League—and its players. 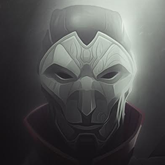