In 2018, Mark and Jatt made predictions for every single game on the NA LCS broadcast. They did plenty of analysis of the league, and in our regular weekly prep, frequently sat in the same meetings and participated in the same discussions about team strength. As a result, their predictions were often identical, and the segment became stale. Additionally, predictions aren’t the best split-long storytelling tool: they only allow us to discuss the relative strength of two teams or how one team might exploit another team’s weaknesses.

In 2019, the LCS Countdown desk welcomed new faces, but it was met with a lot of the same problems: the analysts still talk to each other all the time and matches often have a “favorite,” so they would still frequently agree. So, before the split started, folks pitched ideas for new, entertaining storytelling tools.

Pay Attention to the Math Behind the Curtain

Elo is a zero sum rating system originally invented for chess. When Team A beats Team B, Team A gains the same amount of elo as Team B loses. How much a team gains or loses is based on two factors: how likely it is for them to win, and the “k” value selected for the system.

Based on 2018 Summer results, I assigned each team an elo rating. For example, at the start of 2019 Spring, TL had the highest rating (607). Their first opponent, C9, started in second place at 573. Based on that information, TL has a better chance to win than C9 does. If TL were to win, they’d gain 21 elo. If C9 wins, they gain more elo than TL would because it’s a harder game for them. The differential in those gains scales with how far apart the teams’ elos are. On day 2, TL played CLG. After their results from day 1, TL’s elo was 628 and CLG’s was 454. Since it should be an easier game for TL, they didn’t stand to gain as much from a win. Because it was a very hard game for CLG, they had huge potential gains.

The other factor that determines how much elo changes hands is k value. A bigger k means the possible swing for each game is larger; a smaller k means less points are up for grabs. K helps determine how dynamic a system is. Using a smaller k will make each game matter less, providing a more stable market. A larger k will introduce more volatility. Choosing the right k value for a system is tricky – k needs to be large enough for each game to be meaningful while reflecting how much a team learns on a game-to-game basis without exaggerating the results.

I started building the elo system based on the 2018 Summer regular season. In chess, an average player has 1500 elo. To mirror that, I started each individual player at 300 points, making a team 1500 points, with a k value of 32. But LCS regular seasons are just 18 games long, and teams learn a lot from each, so I reduced every players’ value to 100 and increased the k value to 48, making each game impact a team’s value more. This was all player-based, so players only won or lost elo for games they played in. I simulated the 2018 Summer results to find 2019 Spring starting values. For simplicity’s sake, anyone who didn’t play LCS in 2018 Summer came in at 100, including both rookies and import players, but their values normalized pretty fast once spring split started.

After crunching the numbers, I verified the system’s validity. At the start of 2019, Sneaky was the highest elo player at 138.1 — he was mysteriously absent from Cloud9’s early 2018 Summer losses and only went up from there. Deftly and Contractz, on the other hand, were all the way down at 57.9 after a grueling 0-9 second round robin with GG. Overall, the teams’ values at the end of 2018 matched both my expectations and the regular season standings. With that added confidence, I arrived at the 2019 Spring starting prices.

After premiering the system internally, there were still a lot of questions around its execution, and a lot of hesitation from the broadcast team. We limited when the market would be ‘open’, restricting the buy period to once every two weeks. Some folks were concerned that everyone would still make the same choices: at the time, it felt obvious that going all in on GG was the right choice. They seemed very undervalued at just 457. So, hand the game over to three very competitive analysts and they’d be focused solely on gaming the market, potentially alienating the audience and losing the storytelling component altogether.

Turns out the analysts ARE very competitive, but different strategies produced different portfolios which led to good storytelling. And the game was compelling – in 2019 Spring, Phreak made purchases so he could play along even though his portfolio never aired. By 2019 Summer, 18 people on the team were playing.

The system wasn’t without its flaws. Substitutions had a huge influence on a team’s value, so buying in when a team subbed out their starters was advantageous. In 2020, I’m adjusting the system to remove the impact substitutions have on a team’s total value. I also wasn’t happy with imports starting at a flat 100, so this year, players joining the LCS from the LEC will bring a starting value based on their performance in Europe. The spread at the end of 2019 was very wide, and y’know, new year, new you, so I did a soft reset and moved everyone halfway closer to the base score of 100.

Ultimately, the stock market is just one solution to an eternal question: how do we promote interesting and nuanced discussion around professional League of Legends? Last year, the stock market aided many stories: not just that GG’s victory over TL was an upset, but how big that upset was, how far apart the teams at the top and bottom of the league are, how close the middle of the pack is, what teams are on a huge upswing or downswing. As the league grows, new storylines emerge, and the broadcast evolves, I’ll keep iterating.

For now, here’s where the teams are starting this split, plus how they fared in the off season:

The LCS Stock Market rings its opening bell on January 25th at 1:30 PM PST. Who are you buying in on? 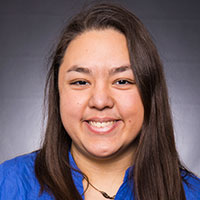