At the start of Summer Split I gave an update on Fantasy and I tweeted out a short update on July 15 with a promised update on or before August 31.

In the update at the start of Summer Split, I talked about taking a big swing in our efforts to replace Fantasy. The plan for a big and bold solution that we wanted to develop required a lot of pieces to come together and it doesn’t look like we are going to get them all in place.

With that said, my commitment at the start of Summer Split stands:

If the plans we have on the drawing board now fall apart, we’re going to raise the white flag on the“bigger and better” official Fantasy platform and work to empower some third-parties to run their own platforms or games so that there is some replacement in the space.

To that end, we’re working on three pieces:

Our goal remains to have an officially licensed and promoted fantasy product that we can integrate with our broadcast and other weekly content. While our search for that partner continues, we are committed to making sure that there is a solution (whether associated with the LCS or otherwise) for Spring 2020. I’ll be back after Worlds to let you know how you can expect to experience Fantasy LCS in Spring 2020. 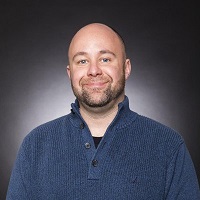 Chris Greeley
Commissioner of the LCS at Riot Games, ex(ish)-lawyer and a firm believer in the superiority of NJ pizza.
Next Article

Looking Ahead at the Future of LoL Esports