I wanted to give a long overdue update on Fantasy and before you get your expectations too high – fantasy isn’t returning for Summer 2019. This is an update to explain why, talk about our plan, and share our contingency plan to make sure there is something in place for Spring 2020.

When Fantasy was originally released a few years ago, it was pretty popular. Every week, we had a couple hundred thousand users logging in and using the site. As time went on, new fantasy products and ideas emerged, but we didn’t keep pace. As the fantasy experience began to feel stale, people stopped playing. Because the old fantasy product required an organizer to get a group together, as individuals dropped out of the fantasy experience, their groups of friends fell away too, exacerbating the exodus. As that downward cycle continued, the user base had all but disappeared by the time we shut it down. For context, the dropoff from year 1 to last year was more than 90%. The players who were using Fantasy were devoted and passionate about it, but that the universe was really small.

I wrote back in December that we were shutting Fantasy down because the “experience we’re providing right now is not at all where we want it to be.” That was probably an understatement. The solve for Fantasy is not to find a new place to run the same product. We’ve spent the last year talking to partners about big and bold plans. Our goal was – and continues to be – to put out a Fantasy experience that we’re proud to stand behind and to have you play. However, the thing with taking big swings is that sometimes you miss your mark.

Let me try to answer some questions that I’d anticipate may be asked based on the DMs I’ve received on Twitter and Reddit:

Q: Are you f**king kidding me? You had a whole year to fix this! There are a million sites that could run a fantasy game. You must be actively trying to destroy Fantasy.

Yeah, that’s fair. It was obvious to us that the Fantasy Product we had in Summer 2018 needed an overhaul. Simply finding a replacement wasn’t going to cut it. There were lots of comments on Reddit and Twitter about all the small services that could run a basic fantasy game, but that’s not what we are looking for. We have had long discussions over the past year with big fantasy providers and daily fantasy providers, as well as companies that are in the League community and could develop fantasy as a companion to their existing products. None of these have been a fit. Some groups didn’t think they could rebuild the user base, some wanted a lot of money to try, and others wanted to move to different fantasy models that we didn’t think would have good long term appeal.

The folks on our team working on this have a vision for what Fantasy can be and have been pressing hard to deliver on that.

We tried that, and had to shut that product down six months ago. As it turns out, creating and servicing  a Fantasy Product is time and resource consuming when running fantasy isn’t your business. Fantasy isn’t our business. That’s why we’ve spent so much time searching for the right partner on this project.

Q: Why did we get Team Pass and Pro View instead of Fantasy?

This was not a resource allocation game for us where Fantasy died so Pro View or Team Pass could live. All three products were run by different teams. Team Pass and Pro View were completed and are ready for fans to enjoy. Fantasy is lagging behind, but I’m confident we’ll get it there.

Q: The community was promised an update in mid-Spring. It is now days before Summer and we’re just hearing more bad news. Where ya been?

Figuring out the line between giving a “we are still working on it” answer earlier or a “we figured it out” answer later is a hard one. Even as one conversation ended, we were often picking up steam with a different potential partner. I never want to write one of these pieces talking about our failure to get something done if we were just days or weeks away from closing a deal with the perfect partner. So, we held off on announcements. When you do that for long enough, you wake up one day and you’re in the middle of MSI and realize that you should have just written the update in March noting that things weren’t coming together and that Summer Split was in jeopardy.

Our goal is still to produce something head and shoulders above the product we shut down last year. We’re pursuing a plan to do that and have something great in your hands for Spring 2020. I know you’ve heard that before (about five months ago…), but we’re going to continue to take some big swings because we really believe that we have an opportunity to deliver something that makes the LCS/LEC viewing experience so much better.

Q: What happens when November rolls around and you still don’t have anything? Another one of these posts apologizing and promising something for Summer 2020?

No. If the plans we have on the drawing board now fall apart, we’re going to raise the white flag on the“bigger and better” official Fantasy platform and work to empower some third-parties to run their own platforms or games so that there is some replacement in the space.

Q: When should we actually expect to hear something else? December?

On or before July 15. That may be a quick status update, but there will be an update by then. 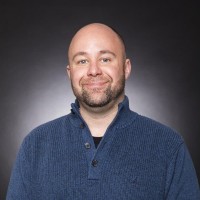 Riot Commish
LCS Commissioner
Chris Greeley
Chris “Riot Commish” Greeley is the Commissioner of the LCS and has run League Operations for MSI, Worlds, and All-Stars. He is a recovering lawyer from New York City who can’t write a rulebook in less than 50 pages. He channeled years of raiding on his Resto Druid into life in the bottom lane dropping wards and shooting glitterlances.
Next Article