Galio may be a gargoyle, but he’s never really acted like one.

Real gargoyles have a specific purpose in architecture, and it’s not to make old buildings look hella scary. Actually, they’re supposed to be used as rainspouts. Rainwater runs into a trough in the gargoyle’s back, and then it spits out the water away from the sides of the building to prevent erosion in the mortar. Basically, gargoyles are just a way for architects to make drainage pipes look cool.

Our old buddy Galio is definitely not a drainage pipe—he’s a living statue that counters the cloaks off of magic-wielding enemies. And when we set out to rework the Sentinel’s Sorrow, we decided we didn’t want to change that. But we did want to make him into a more important player in Demacia’s story. We needed to make him bigger.

Long ago, Demacian explorers discovered something that would change their civilization: petricite. The petricite ore is a sort of fossilized wood that possesses anti-magic properties. For the Demacians, who eschew magic and fear the threat of invading magical forces, petricite was a godsend. The people built their city amidst a petricite forest on a hilltop, using the precious substance to construct their walls.

Any time magic is used, there's a consequence.

These walls worked splendidly when it came to defending Demacia from antagonistic mages, but whenever soldiers went into the field, they were without defense against magic. So, a wise Demacian tactician requested a “portable petricite wall” that could be taken into battle. A sculptor named Durand was hired for the job, and he built an enormous man made of petricite. The statue acted as both a practical protective totem and as a sort of rallying banner for the Demacian soldiers.

But that was a long time ago. Now, no living man remembers the last time the great colossus awoke, so some doubt the stories of Galio’s awakening. As they sip organic Demacian teas and twist their ironic mustaches, these young skeptics mock the old stories as nothing more than fairy tales from the lips of doddering fools.

But all in Demacia see Galio as the great symbol of their civilization. He’s a mountain-sized statue representing eternal liberty, security, and war.

THE PETRICITE MAN HITS THE RIFT

When you’re a tank, it’s not enough to be big. You wanna feel big. Champion designer Sol “Solcrushed” Kim wanted Galio players to feel like god-sized monsters while rotating through the petricite man’s spells, “That’s why everything he does is so exaggerated, weighty, and bulky feeling,” Solcrushed says. “He’s deliberate with everything that he does, like a huge, lumbering statue.”

If Demacians constructed their own Statue of Liberty, what would it look like?

Quickly, though, Solcrushed discovered that not all “heavy, deliberate” gameplay ends up feeling fun. In its earliest iterations, Galio’s E ability (Justice Punch) had a long charge-up period before its dash. That, Solcrushed says, felt sort of bad. “So I got this idea for a jump/windup movement before the dash,” he says.  “Even though it’s still a delay, it feels a lot better because you’re still moving. You still get something at the moment of the button press.”

Of course, Galio isn’t just a big, petrified man that likes to punch stuff—he’s the great defender of an entire people, and he needed to look the part. Concept artist Gem “Lonewingy” Lim poses the question this way: “If Demacians constructed their own Statue of Liberty, what would it look like?”

LIBERTY AND JUSTICE PUNCHES FOR ALL

The first thing we had to consider when deciding Galio’s look is his purpose in the new narrative: defending Demacians in battle. Even before coming to life, Galio performed this task admirably. “When Demacian knights rode to war,” says Lonewingy, “they were protected by the anti-magical properties emitting from the statue.” With this aura in place, few could throw the Knights from their mounts, the legendary ebony wyverns. Thus, the sculptor Durand specifically designed Galio to look like a chimeric combination of knights and wyverns, to signify the unity of Demacian warrior and beast.

"We wanted Galio's ultimate to be something really spectacular, like something out of pro wrestling." –JohnODyin.

The colossus’s great wings also symbolize his defensive purpose, forming a shield whenever he enters a defensive stance. He’s decked out in white and gold colors, the favored colors of Demacia. Inherent in all this design is a sort of over-the-top patriotic feel. Galio is bold and brash. He’s serious in his task of defending Demacia, but he’s also got a joyful side. “People see a giant majestic sculpture and they assume he’ll behave majestically,” says narrative writer John “JohnODyin” O’Bryan. “We thought it’d be more interesting if he defied expectations a bit.”

Galio’s youthful vigor is, in part, due to the unique way he sees the world. Even though he’s very old, he only “awakens” for a few minutes at a time, giving him a very limited perspective on the world. “He’s basically just super stoked he gets to move,” JohnODyin says. “Working on Galio was refreshing because he doesn’t have any complicated feelings about fighting. He’s just happy to be alive and smashing shit.”

Galio’s smashing all sorts of shit now on the PBE. 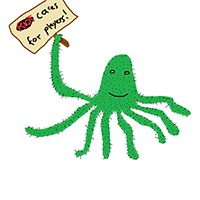 /dev: On Sound Design for the Dragon Sorceress