Hi everyone! My name is Austin “Vonderhamz” DeVries, and I’m one of the sound designers on the Personalization (aka skins) team. My job is to create and implement sound and voice over that grounds a character in Runeterra and gives clear gameplay feedback to players so they can play at their highest potential. A lot of people are visually-driven, so sound design is a craft that is unheard of (hah) by some and seems like black magic to others.

To explain how we go from concept to completion, I’m going to break down what it was like to create sound for one of League’s ferocious new skins: Dragon Sorceress Zyra.

When developing a skin, we always starts with a concept. In this, our team of developers tries to create a new feeling for the champion that takes their core thematics and amplifies a part of it to 11. As a team we think, “If I were playing this champion, what would make it more badass?” The concept artist then translates this idea into visuals, giving further direction to the artists who do the modeling, texturing, animation and VFX. All of these folks aim to make a faithful recreation of the 2D concept in a 3D space.

All of this work is also highly, highly visual.

All skins start with a concept.

The sound designer’s job at this stage is to translate this concept art into audio in order to enhance the work of all the other teams and individuals. This is no small task, and it comes with a lot of trust: we can make the animator and VFX artist’s work feel more crisp and impactful with the right choices, or we can make it feel weak and cheap with the incorrect ones.

On Riot’s audio team, we never use audio straight out of a library. Each of our champions needs to have their own sonic signature to elevate their character and enhance gameplay. In order to create unique sounds, we use a technique called “building blocks.” To create building blocks, we record source material (which could be literally anything but normally is something that fits the personality of a champion or thematic), then use various sound-manipulating plug-ins to process the source audio. The results are short clips that we can use as layers when we design the sound of an ability.

Unique sources often work best when searching for a champion’s sonic signature. Tahm Kench’s Tongue Lash was created by slapping a wet sheepskin against a bathtub and various balloons submerged in a sink. High Noon Jhin has a surprising amount of bacon grease crackling in his auto attacks as well as whistling recorded in an echo chamber for his ult. A good chunk of Ekko’s sound kit was created with differently-sized glass shards being swept over various types of floors. Zac is a condom full of dog food being smacked against a wall. You get the point.

There are no rules with this, and the main goal is to get sound with character.

Bringing a Concept to Life

When looking at the concept for Zyra’s dragons, I knew I wanted to accomplish three main things: Clean up her gameplay by making it more obvious what the two different types of plants do, make her a less noisy champion by designing clearer, shorter sounds, and make her dragons sound like they’re actually on the Rift (and not just directly in front of you). In order to accomplish this, I had to record some source.

This was the very first thing recorded to create the sound of Zyra’s dragons:

These sounds are the raw recordings of myself and a tech artist on my team clicking and purring into a mic. Yes, they sound like garbage, and are pretty embarrassing, but that’s not the point! The idea was to capture something that had the characteristics of the concept. The clicks reminded me of the aggression of Zyra’s plants in game. There was a really neat tonal element on some that I wanted to highlight a bit more and turn into a scream. I liked the purrs—it felt like a flap oscillating deep in the throat of these long-necked critters. I wondered if I could pitch it down and make it feel like the throat was longer?

After some audio wizardry, this is a selection of what we ended up with (about a hundred times more of these building blocks, or short clips, were made.)

Everything in these recordings, save for the occasional metal screech, is 100% human. We ended up creating lots of different types of dragon vocals—some fast, some slow, some tonal, some noisy, some clicky, some screamy. There’s variation, and that’s good. This gives us options when creating the sound for her kit.

At this point, the team is probably wondering what I’ve been doing all day, why I have 15 tabs open with pictures of reptiles, and why my voice is raspy… all to be explained soon. In order to share the work I’ve been doing with the team, I create an audio concept “mood board” that contains a bunch of my favorite moments in my building blocks. This can be as simple as a bunch of audio clips playing one after another, but I find it to be much more engaging to create one that tells a story.

I was inspired by the newest dragon-y splash arts that seem to tell the story of the hero Xin Zhao as he bravely ventures to slay the foul dragon sorceress Zyra in her lair. This story seemed like a natural fit for a mood board, and it provided an opportunity to amplify the feelings portrayed in the concept art.

Details like the rain outside or the water dripping in the cave are there to set the mood and give the building block sounds a backdrop to live on. Where as a moodboard of audio clips one after another would be difficult to decipher to visually-focused artists, this method of creating a story does a really nice job of conveying the emotion and character of the sound I was trying to create. This, in turn, empowers the team to give me feedback based on how it made them feel, which ultimately gives me perspective on how effective my sounds are. I can then go back to adjust and create more building blocks if needed.

Once our team has agreed upon the direction, I can move forward with creating the in-game assets. The goal is to make sounds that convey the character while (more importantly) highlighting the gameplay, so players clearly know when they cast and land abilities. For example, for the ranged plant-dragon’s attack, I needed to create three different sounds: First, the cast sound, or the dragon getting ready to spit. Next, the sound of the shot leaving the Dragon’s mouth, and finally, the sound of it hitting a target. Each part of the sound needed subtle variations so that every shot felt slightly different while still fitting gameplay.

I started by figuring out how long each part of the spell is. It turned out the cast- and shot-time are both about a quarter of a second, so each sound I created had that amount of time to flow into the next one. The duration of the shot hitting didn’t matter as much because the animation’s readability and texture was more important to gameplay.

Once the editing was completed, I added audio effects to the individual and groups of layers to emphasize the parts of the sound I wanted and to clean up the parts I didn’t. The goal here was to enhance the character of the building blocks while grounding them in the world of League. After a healthy dose of audio effects, automation, and mastering, the sounds are ready to implement and test in-game!

One of the reasons we can create kickass skins that emphasize both gameplay and thematics is the close collaboration between artists and sound designers. The artist’s visual designs helps guide our work, and in turn, the sounds we create can inspire the artistic direction of a skin.

Riot’s audio team is always working to create sounds that amplify the feeling of skins and champs, but it can be tricky because our first priority is gameplay. Even if something sounds really cool and fits the skin’s thematic, it doesn’t mean it’s a fit for League. For example, even if we liked lengthy, booming roars for Zyra’s dragons, it wouldn’t have fit into the audio cadence players have come to expect from the plant-lady, so we wouldn’t use it. Good sound comes from the cross section of emotion and gameplay, even if the source was a few hours screaming, clicking, and purring into a mic. 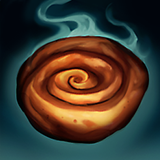 Vonderhamz
Sound Designer
Austin DeVries
Vonderhamz is a Sound Designer on League and an advocate for generous Nunu buffs.
Next Article