It’s almost League’s 10th anniversary, and we’ve been reflecting a lot about the last decade. Since 2009, League has been a game that millions of you have queued up for again and again, and we believe the best way for us to approach the next ten years is by emphasizing the things that made the first ten so fun to play. We’ll have specific details to share during the 10th Anniversary Edition of Riot Pls on October 15 at 6:00pm PDT, but for starters, here’s a high-level look at the goals for Preseason 2020’s gameplay changes.

Two of League’s greatest strengths are variety and mastery. Variety is one of the true foundations of LoL, where the huge roster of champions creates 824 trillion unique possible matchups—and that’s before runes, items, or Summoner Spells. We believe this variety keeps League fun to play because there’s something a little different (and sometimes even unexpected) to experience every time you load into a game. Mastery leads to the deep satisfaction that comes from finally executing on that perfect combo or developing that sixth sense around when a gank is coming. The never-ending path to mastery constantly presents new goals to chase, adding meaning to your time spent in game.

We think there’s an untapped opportunity to amplify these strengths in a fundamental part of the League experience—Summoner’s Rift. The Rift underpins everything in League’s original mode, from the wide variety of champions to the strategies players perfect. This preseason, we want to add new layers of depth to the map itself to evolve it into more than a static backdrop in your games.

Season 2020 will challenge you to adapt your playstyle across a variety of environmental changes from game to game, taking your mastery of Summoner’s Rift to new heights.

The changes to SR are the main focus of this preseason, but you can expect a wide pass of other small improvements to the game’s systems. These will include support items, lethality items, improved top lane influence, jungle pathing improvements, improved dragon buffs, and keystone improvements.

Preseason 2020 comes to League of Legends this November in patch 9.23. Today was just a quick intro, so join us for a video preview of this year’s changes on October 15 during the 10th Anniversary Edition of Riot Pls! 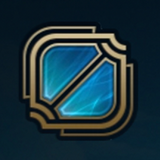 Summoner’s Rift Team
The group of devs that work on balance, preseason, item systems, and all of the other spicy Summoner’s Rift changes.
Next Article