Hi everyone, we’re back with an update on Clash. Earlier this year, we shared a list of everything we’d need to accomplish to launch Clash globally. We’ve since run a total of 22 tournaments over six weekends in 11 regions. Today we’re pleased to announce that the latest version of Clash has proven to be stable throughout these tests. We ran into some small issues, but we were able to correct them. And we beat the final boss by holding a successful Clash weekend in EU (thanks for being so patient, EU friends!).

Because of this, we feel confident moving forward to our next milestone, which is a global beta across all regions simultaneously. This global beta will be our biggest yet, and it’ll take place across two weekends: December 7–8 and December 14–15.

There will be new, exclusive rewards that can only be earned during this two-weekend Clash tournament. We’ll also be using the ticketing system, meaning players will need to unlock Basic Tickets through missions, the Clash website, or with Blue Essence in order to compete.

This global beta will also be an opportunity for players to try out the new Rise of the Elements changes on Summoner’s Rift in a more competitive setting before the new Ranked season begins.

So Where Are We At Now?

We’re really excited to be so close to finally making Clash a reality. Your patience, participation, and excitement around Clash has really kept us going, and we look forward to seeing you in the global beta this December! 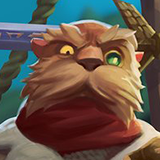