We’re excited to share that Jax Anderson, a Detroit-based alt-pop artist, will perform as part of the Opening Ceremony at the 2019 LCS Summer Finals presented by Rocket Mortgage on Sunday, August 25.

Anderson will be performing as part of the LCS Opening Ceremony on Sunday, August 25 to kick off the Finals match. Anderson (formerly known as Flint Eastwood) has dominated stages around the world and will add Little Caesars Arena as her first esports event before she heads out on tour this Fall. To learn more about Jax Anderson and her upcoming tour, head to https://iamjaxanderson.com/home

If you want to catch the live performance of Jax Anderson and the exciting conclusion of Summer Playoffs, tickets are still available for the 2019 LCS Summer Finals presented by Rocket Mortgage via Ticketmaster. The performance and all the action of Finals will be streamed on watch.lolesports.com starting at 4PM EDT / 1PM PDT and pre-show coverage at 3:30PM EDT / 12:30PM PDT. 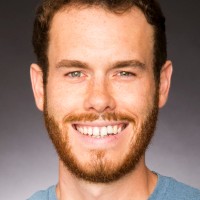 merfdiezel
LCS Finals Lead
Devin Murphy
Devin “merfdiezel” Murphy is a Senior Producer and LCS Finals Lead. His team produces all LCS events at our home studio in Los Angeles and brings the live-action of the LCS Finals to new locations around North America.
Next Article