From the fast lane to the LCS tailgate – we’re excited to announce that Honda is the exclusive automotive partner for the LCS!

As an existing partner to three-time LCS champions Team Liquid and streaming partner Twitch, Honda is no stranger to the LCS community – but things are moving up a gear as this historic brand joins our league as LCS partner. With this move, Honda becomes the first automaker in North America to sponsor both an esports league and team competing in it.

We’re looking forward to partnering with Honda to bring the style and energy of their brand to new activations and elements of our broadcast. Lots to come, but these include sponsorship of the League MVP, LCS Scouting Grounds, advertising on LCS game days, and new content showcasing the imagination and determination of the League’s top players and teams.

The new partnership with LCS will launch in conjunction with the Summer Split Playoffs, which begin in Los Angeles on Saturday, Aug. 10, and the Finals, which will take place in Detroit, Michigan on Aug. 24-25.

Honda joins Alienware, Rocket Mortgage, State Farm, Secretlab, We Are Nations, YouTube, Twitch, and Caffeine as official LCS partners along with U.GG and This or That ….and we’re not done announcing LCS partners yet! 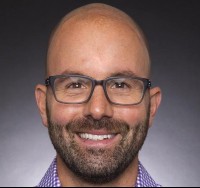