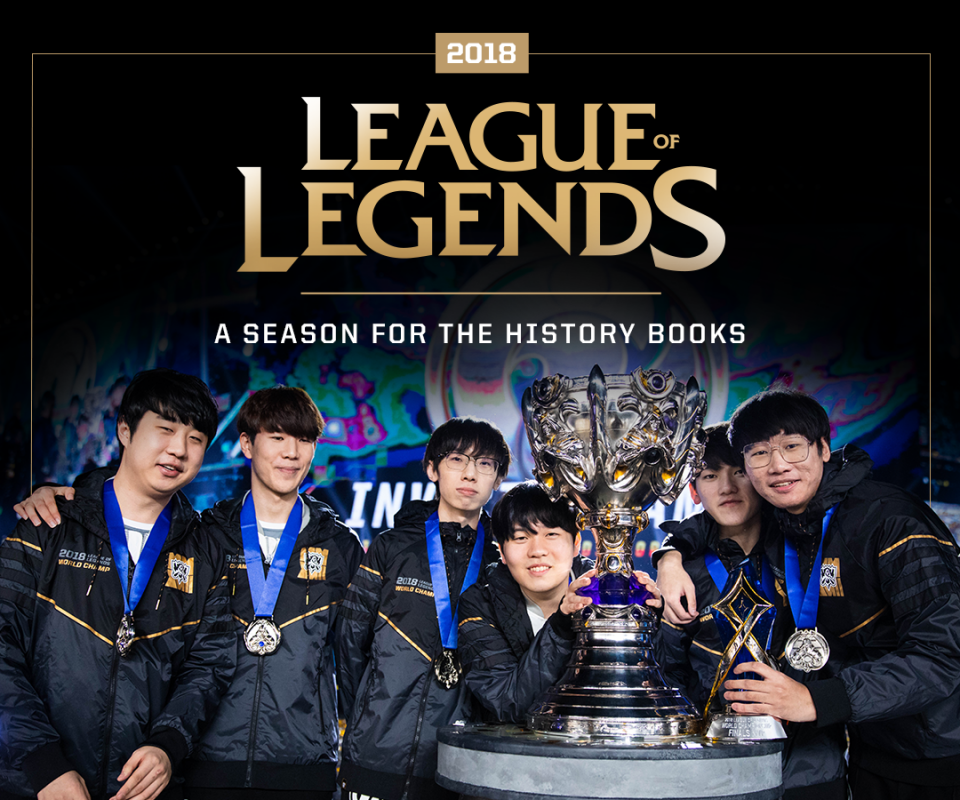 The 2018 League of Legends season broke records, thrilled fans, and showcased the world’s greatest talent competing in front of the largest audience in esports. South Korea played host to an incredible tournament that attracted the sport’s largest viewership ever and saw Invictus Gaming become the first team from the LPL to win the Summoner’s Cup. As the season concludes we want to thank our community for their support and take a look back at the major highlights from the past year. 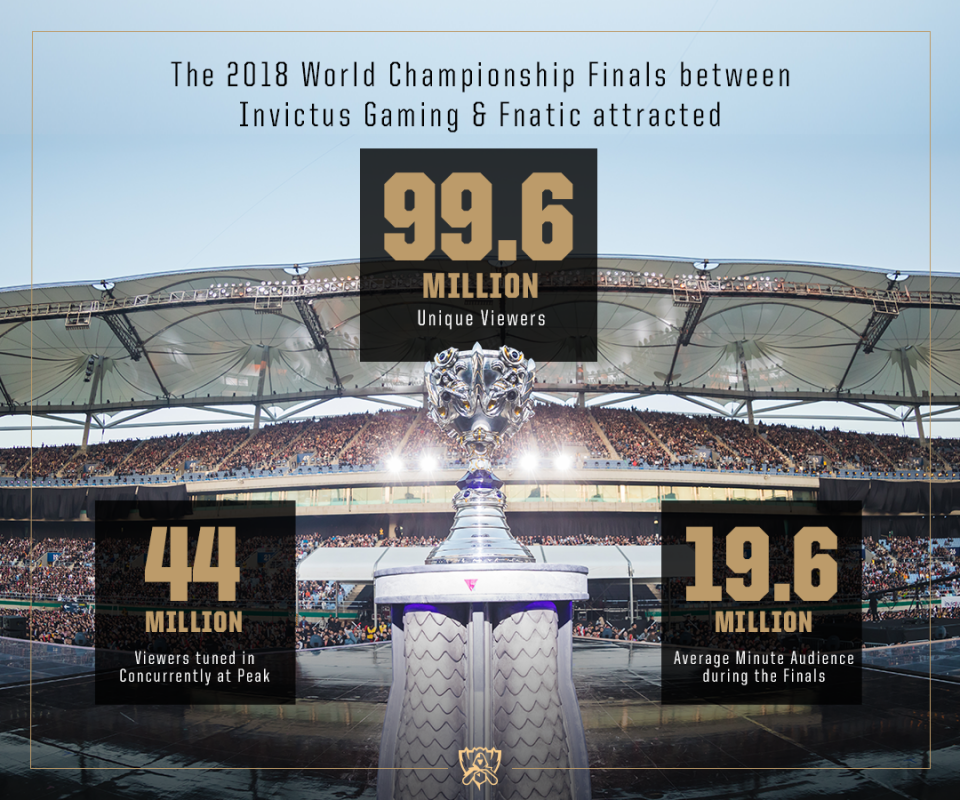 For this year’s World Championship we are sharing a new viewership figure – Average Minute Audience. This figure represents the estimated audience size during any given minute of a broadcast and is used by major sports around the world when reporting their viewership. As we grow League of Legends into the next premier global sport, we felt it was appropriate to share this metric when talking about our global events. 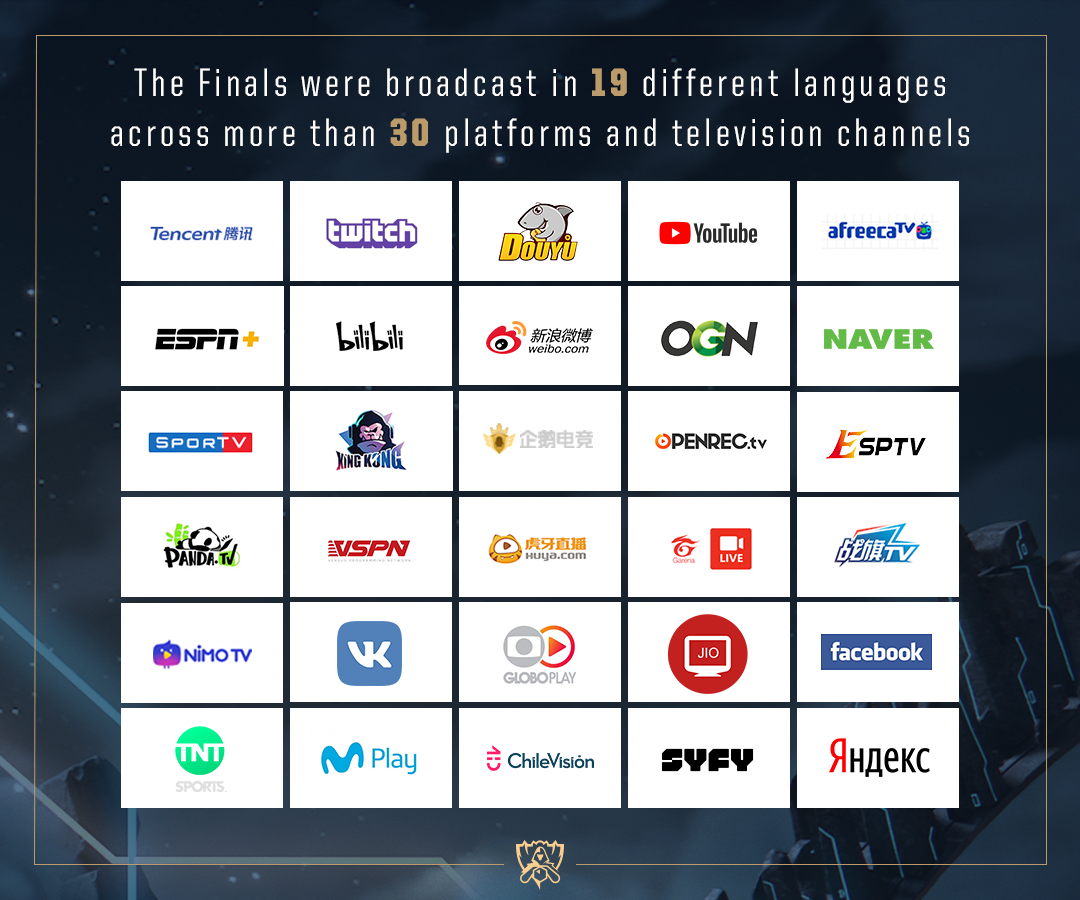 During the last eight years, great effort has led to enhanced infrastructure, professionalism, and talent across all our competitive regions. The rising level of competition saw breakthroughs by teams like FNATIC who engaged the entire European continent by reaching the finals and Cloud9 who held North American fans in suspense with their run to the semifinals (the first-ever for an NA LCS squad). 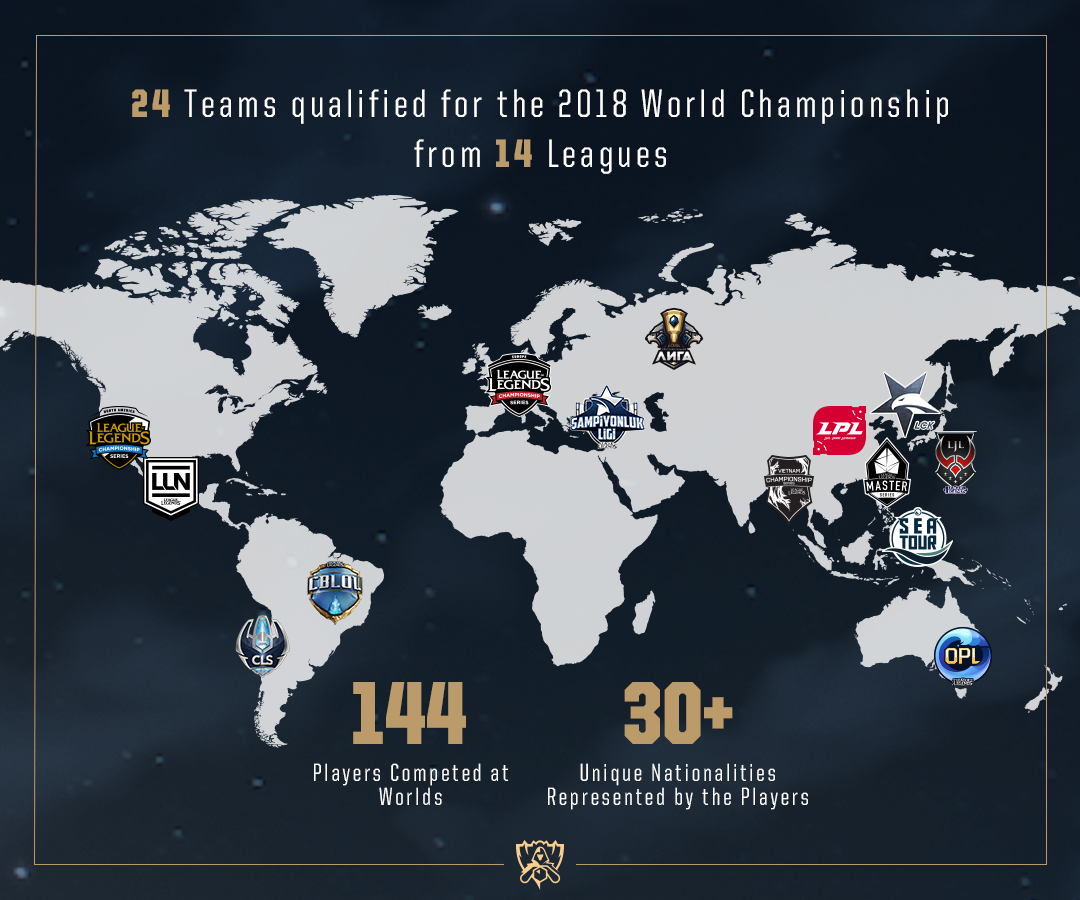 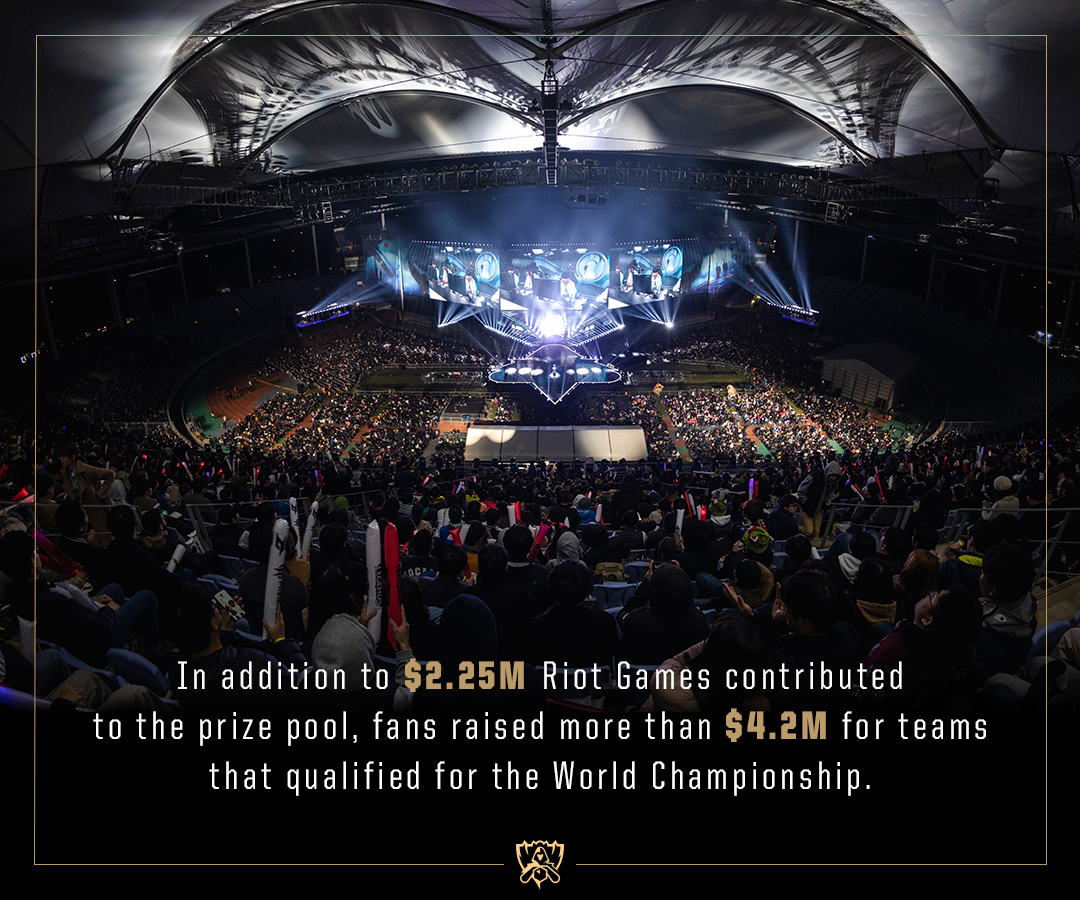 A total of 90 unique League of Legends champions saw play during the course of the 2018 World Championship, the most of any World Championship to date. The healthy meta allowed professional players to display their skill through a wide variety of strategies and led to thrilling games during the entire month-long tournament. 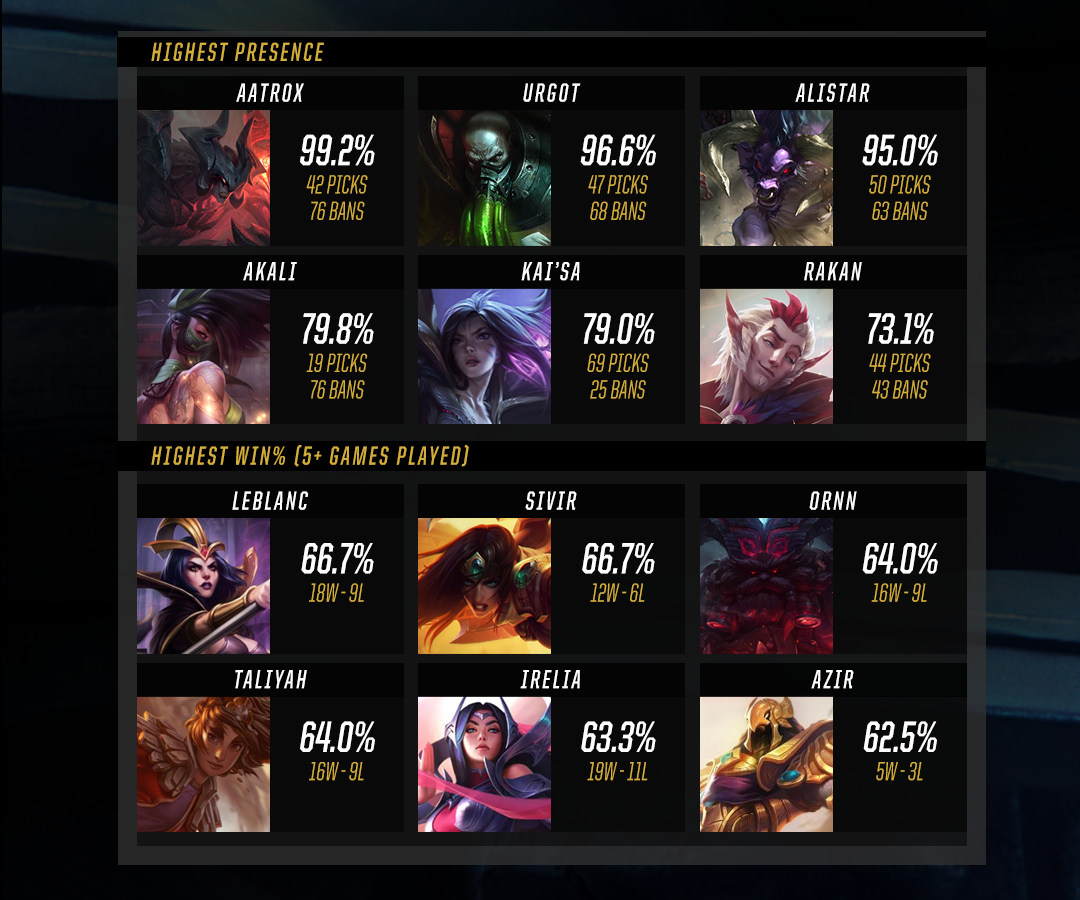 The diverse meta also made it incredibly difficult to predict the outcome of individual matches. There were zero Perfect Pick’ems across all stages of the event out of nearly three million submissions.

In 2018, two musical anthems premiered during the World Championship. Anthems celebrate our players and League of Legends in a universal and powerful way. Both RISE and POP/STARS broke into mainstream pop culture with POP/STARS hitting #1 on multiple charts including the Billboard World Digital, Google Play Top Songs, iTunes Kpop, and QQ Music New Song. 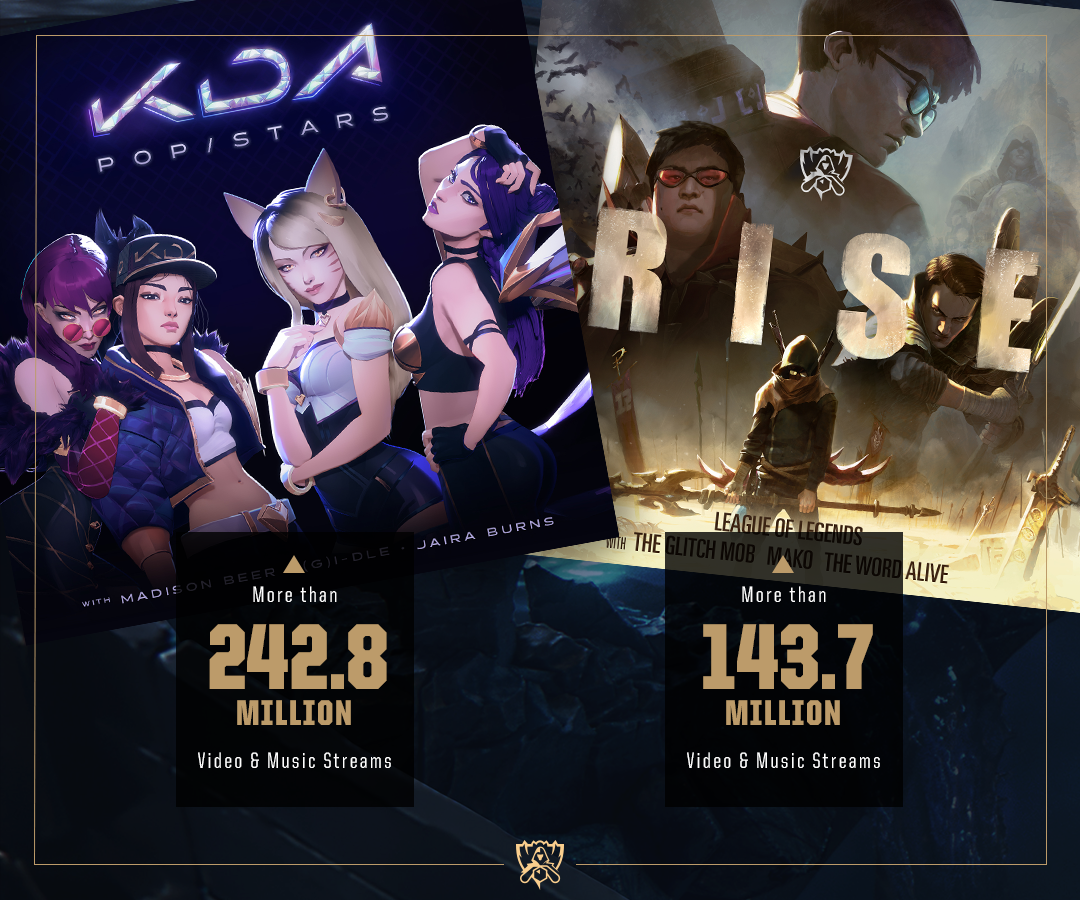 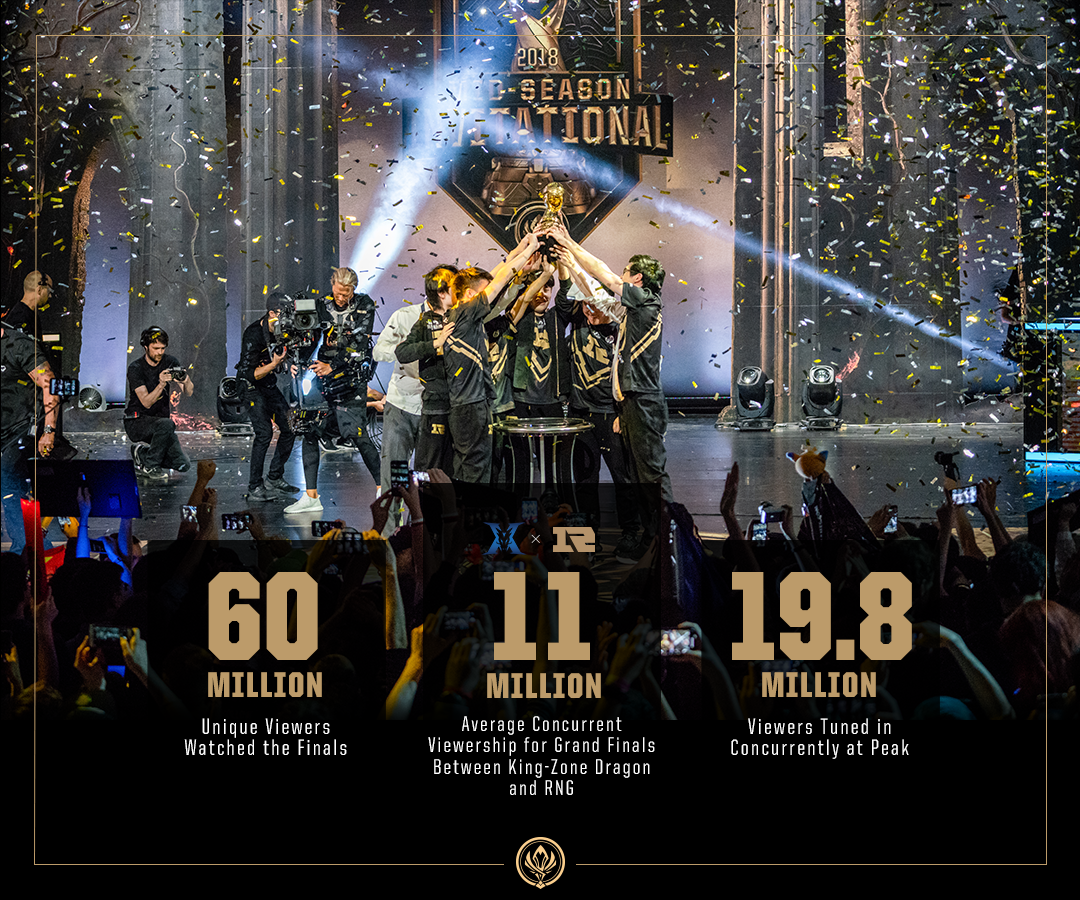 In May, team Royal Never Give Up won the Mid-Season Invitational, foreshadowing what was in store for the rest of the year. This was the first of three major international events that teams from the LPL would win during the 2018 season. Viewership for MSI 2018 eclipsed all previous editions of the tournament.

The second ever Rift Rivals pitted teams from rival leagues against each other in five separate tournaments around the world. Teams from China’s LPL, Europe’s LCS, Brazil’s CBLOL, Turkey’s TCL, and Oceania’s OPL triumphed over their opponents and earned valuable bragging rights for the remainder of 2018. 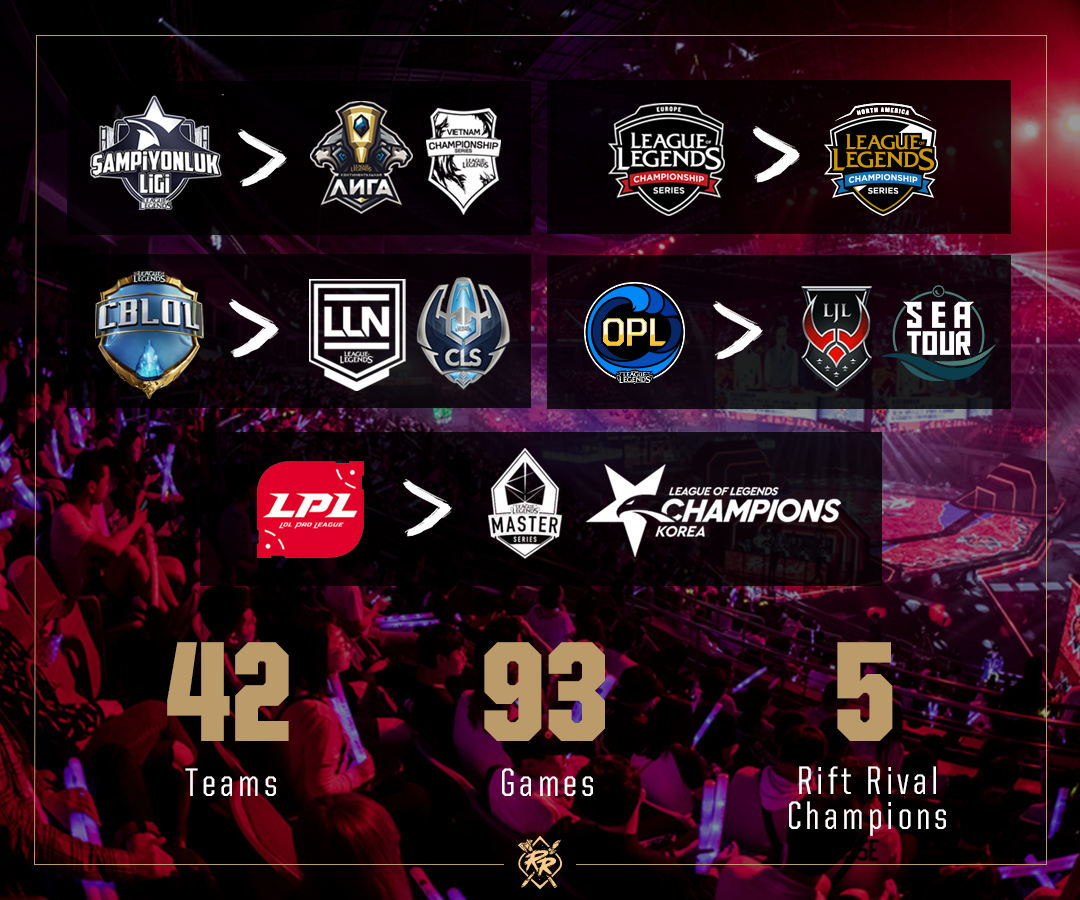 The year finished with the All-Star Event; which brought top pros and popular community members from around the world to compete in a wide variety of competitive and not-so-competitive game types. Leading up to the event fans voted on which pro players would represent their regions. The event also featured a 2v2 charity tournament where each team could support the charity of their choice by participating in the tournament. 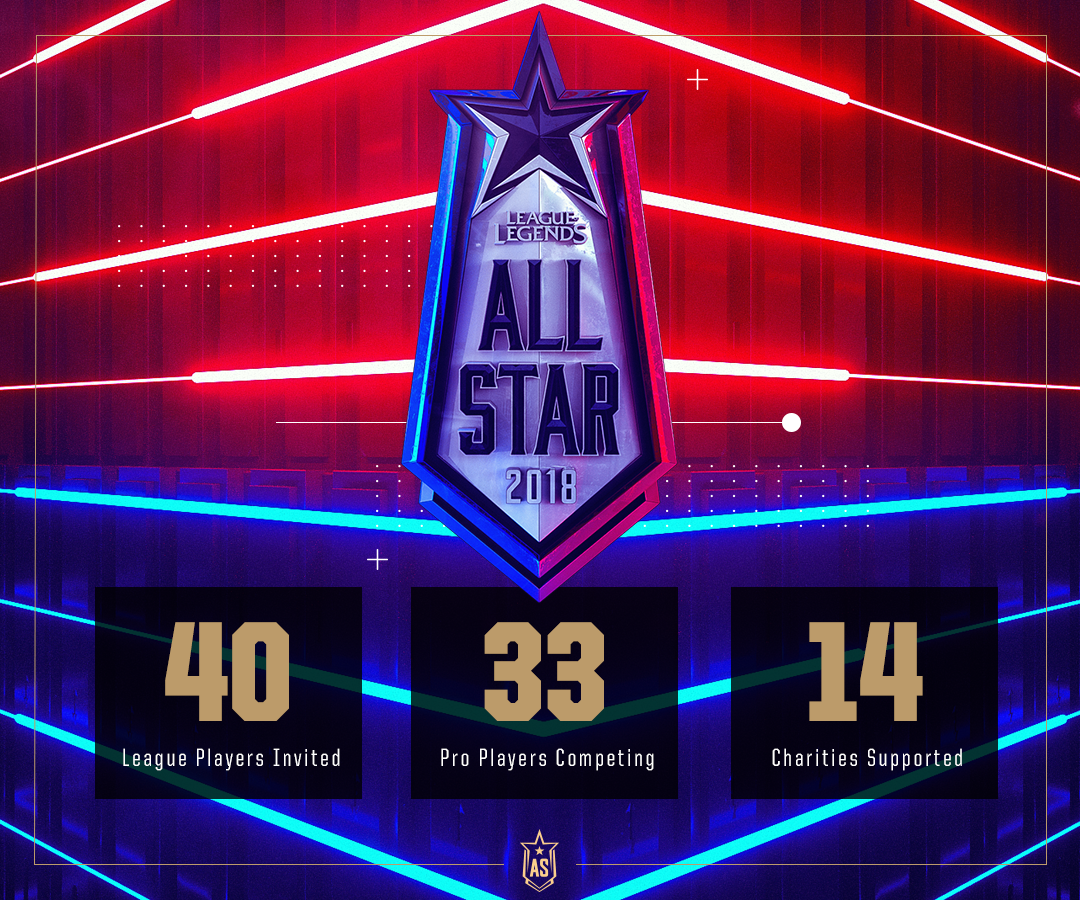 Thank you to all the fans that joined us in 2018 to make this the most successful year in League of Legends esports.