Some champions have a pretty smooth journey from concept to launch, skipping through the production pipeline with nary a blip or delay. Others, however… let’s just say there are a lot of traps on the road to champion-dom, and not all concepts manage to avoid them. Here’s the story of one such champion—a Living Forge who smoldered for almost four years before finally making his way to the Rift.

A Spark and a Dare

Four and a half years ago, Riot held an internal contest to create the next League of Legends champion. Anyone could submit a pitch; the best ideas would ascend to the top via an ongoing stream of upvote/downvote 1v1s. The top ten champs would then have a dev team assigned to them to explore the possibility of moving into production. We called it “Hot or Not.”

Player Support Lead Rammi “DigitalRam” Mohammed dared me to enter the contest and place in the top 10. With gusto, I came up with three champion pitches. One was really bad. Like single-digit-votes bad. Another almost cracked the top 10 barrier, but missed it by that much. My third entry endured two weeks of fierce voting, finally ending its run in second place. That idea? “Living Forge”—a warrior who crafts his own weapons.

Finally, in late fall 2013, it happened. At the meeting, artists, designers, and writers threw out rapid-fire questions: Where did Living Forge come from? Who or what is Living Forge? What do we want him to do and be in the game? And, in what turned out to be a pivotal moment: How can we make him break League of Legends?

The answer to that last one was: “Make him a mobile shop.” At first it seemed absurd, but after much discussion, we solidified it into the cornerstone idea for a blacksmith-type character. Living Forge’s initial concepting meeting ended with a loose direction as to who and what he could be, and some hastily-written kit ideas. Nothing was set in stone yet, but we had good ideas on where to explore next.

In the next meeting, we continued exploring Living Forge—and here the first of several surprises appeared. Turns out Art Lead Joshua “HUGEnFAST” Smith had also come up with the idea of a Living Forge-type character for Hot or Not, and had even drawn out several sketches of his creation.

Merging the ideas was a no-brainer. With the combined strength of an idea people liked, some sick art to match, and the enthusiasm of the team, Living Forge seemed ready to enter prototyping, with a possible launch in early 2014.

In 2014, Riot began completely reworking our champion production pipeline, with every in-flight champion either getting moved or ice-boxed (aka delayed until further notice). Living Forge, unfortunately, fell into the latter category. The new process for pitching champs involved attending a monthly pitch meeting, presenting your idea, and then either celebrating it entering the pipeline or heading back to your desk to incorporate feedback. Living Forge made several appearances over the next few months, each time receiving a few improvements from a handful of interested designers.

The burly blacksmith seemed like he was slowly staggering toward the finish line—which would technically be the starting line—when, in mid-2014, another obstacle popped up. It turns out we planned to use the “forge in the stomach” idea with the upcoming rework of a certain loveable (but not huggable) undead juggernaut.

This type of bump in the road wasn’t new—at least, not in the champion pipeline. Many times, an awesome feature or new idea ends up working really well with a champion that’s already in development or being reworked. Bard’s meeps, for example, were originally attached to the champion idea that became Ivern.

Thankfully it was only Living Forge’s chest that needed work, but there was another roadblock on the horizon.

Reworking That Thing We Reworked

As 2014 wrapped up, in typical Riot fashion, we redid the thing we already redid and reworked the champion pipeline (although we still use this system today, so maybe second time’s a charm). In the current system, designers plan releases around a needed role or playstyle fantasy, such as “top bruiser” or “invisible assassin” or “fish tank.” This created a lot of clarity around upcoming champion launches, but also eliminated the need for public pitch sessions. Now Living Forge’s development depended on people remembering the idea and a perfectly-timed open position for a champion of his type.

2015 rolled by without Living Forge appearing in the pipeline. 2016 came and went, bringing its own roster of new champions—just not Living Forge. For a champion that always resonated with designers and benefitted from a strong initial surge of momentum, it seemed like the embers sustaining his development had finally fizzled out.

However, in late 2016 the Champion team slotted a new Vanguard for development—but didn’t have a locked champion idea to go with it. League needed someone to start fights, live in the top lane, and change the momentum of a game at a moment’s notice. As ideas floated around, someone remembered an old chunk of coal that could easily be polished into a sturdy top laner and provide a unique, team-wide benefit. With a single spark, Living Forge’s embers reignited and he entered the running against two other ideas for the coveted Vanguard release.

This time around, the theme, design, and timing were all in Living Forge’s favor. The champ that started as a dare—and suffered years of hurdles, delays, and from-scratch reinventions—won this last popularity contest and finally entered the real production pipeline. After years of work, what would become Ornn was finally ready for the forge.

Curious about what happened next? Check out notes from Ornn’s actual development in his Champion Insights story. 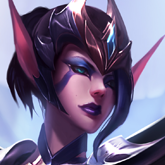 The Human Side of Emotes