What does a good League comic look like? It’s a question we’ve been asking ourselves a lot this year.

Comics have a lot of variety around the world in terms of format, art styles, and preferred content. In the last decade, big names like Marvel and DC/Vertigo have broadened their ideas of what a contemporary comic can be—and that’s still just a portion of comics around the world. In other regions, like Korea, they have their own favorite format: digital comics designed for browser and mobile viewing, an entirely different experience than classic print.

Which means that when it came to League comics, there was no end to the possibilities of what we could do. So long as the story and style were a great fit for each champion, we were open to trying all kinds of stuff, both technologically and artistically. That being said, we did have a few specific goals we wanted to accomplish:

With these guidelines in mind, we created our first “wave” of four comics. While they were essentially experiments, we wanted to keep the champions and their stories at the center. So, we brought together Rioters with deep knowledge of League lore and some of our favorite artists from around the world in a process the comics industry calls “casting.” It’s pretty much like it sounds: We try to find a writer and an artist who will complement each other’s style and who are also the right fit for the style of a particular comic (or in our case, the personality of a particular champion).

For “Blood of Noxus,” we wanted to pair a writer who could handle an epic military drama with a sophisticated art style. Graham McNeill had worked on a lot of Warhammer stuff before coming to Riot, so he was a good fit for a comic about soldier-citizens of Noxus, and Sana Takeda provided gritty but polished illustrations that captured the harsh life of the Noxians.

“Blood of Noxus” was also our attempt at defining a region through its champions: Darius, Draven, and Quiletta all have different perspectives of Noxus and its ideals that are revealed over the course of the comic.

With Nami’s comic, we wanted to explore a format designed specifically for mobile: a vertical scroller comic. It’s much more common in Asian regions, but we were interested in seeing how players around the world responded to a digital comic that was designed first and foremost for viewing on their phones and in their browsers.

We asked artist Viviana Medeiros to bring her expertise working in WebToons to “Into the Abyss,” pairing with writer Rayla Heide to tell a story of Nami journeying into an underwater trench to retrieve a pearl and save her people. The constantly scrolling format matches Nami’s physical descent with the reader’s movement in the comic and also reflects Nami’s increasingly paranoid, isolated, and introspective state as she dives deeper.

Ziggs and Jinx may seem like one-note champions at first glance—they like to blow stuff up. With “Paint the Town,” we tried to explore what a friendship might be like between two champions that share explosions as a common interest, and deliver on the champion interaction players have been asking for (it was also our first foray into oddball team-ups, one of the greatest comic traditions of all!).

Since Ziggs and Jinx are about as far from serious as you can get, we looked for a writer and artist that could capture their zany misadventures in both the dialogue and the visual action. Fabio Moon and Dave Stewart worked in an art style more cartoony than all our other comics to date, and Anthony Burch brought the humor befitting two of League’s most madcap champs.

Finally, we wanted a comic that built upon one of Runeterra’s ongoing stories, so we decided to check in on Miss Fortune after the events of “Burning Tides.” This comic was made using a technique pioneered at Marvel: First we wrote the story and artist Ramon Perez decided how to divide it all up into panels and pages, and then writer Anthony Burch went back and rewrote the dialogue to better fit the drawings.

That process meant that “Fortune Smiles” was highly optimized for mobile—words are bigger, pictures are bigger, and it’s an overall better experience on your phone. You never have to pinch and zoom to read text or see the fine details of a panel, like you sometimes do with other comics in more classic layouts. On the flipside, this meant it had a very non-traditional desktop format, which is something we wondered if players would find easy to follow or just confusing.

It’s pretty much impossible to make a comic that’s going to be equally beloved by everyone, especially in the huge international audience that is League players. Our goal on the comics team is to make enough diverse (but always excellent) comics such that everyone who wants to read a League comic can find at least one that they love.

We learned a lot making these comics, and even more now that we get to hear from you about what you liked best (don’t forget to leave a comment below)! We want to know how we’re doing, how you’re reading (what kinds of platforms/devices?), and how we can continue to improve digital comics as a medium—because we’re just getting started. 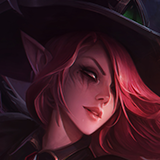 With a Smile
Senior Editor
Ellie Pyle
Ellie heads up the Comics team at Riot, working to flesh out the characters and world of Runeterra with visually interesting stories. She previously edited comics for Marvel and DC. 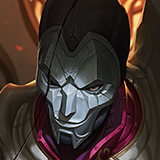 KAHNEHTEH
Principal Artist/Art Director
Eric Canete
As a VisDev Artist for the World Building Team, Eric helps to define designs for some of Runeterra's factions. He's working to establish a look and feel for Riot Comics as an Art Director.
Next Article