What’s up y’all. I’m Producer Alex “Tim Teemo” Kovalenko and I want to talk to you about a new-ish product: Emotes! We’re covering some new territory with this feature, and they’re going to be on PBE for an extended amount of time while we gather feedback, so we wanted to start talking now.

Many of you have already seen emotes during events like Snowdown, Worlds, and Arcade. They’ve had a few limitations that we wanted to attack:

We knew that we wanted to change all of those things, but there was a lot more to figure out along the way.

One of the bigger hurdles was figuring out what the emotes themselves were supposed to accomplish. We had a lot of debates over whether they should be a communication tool or an expression tool.

To us, a communication tool implies intent on an action; it communicates something related to the gameplay. Like “take baron” or “focus tower.” We define expression as separate from that; it’s the emotion you’re feeling in the moment. Ultimately we decided that pings are the channel that should be used for communication (looking at you, question mark ping), and that emotes should stick to expression. This sounds like a no-brainer, but it was a valuable distinction for us along the way.

The first version of emotes were emblems, like these:

Which looked cool but didn’t carry nearly as much expressive flavor as these:

This was the first iteration that really felt like it changed the way we played LoL. But fitting all of our champions into a little circle didn’t always yield good results, and we kept looking for something better. We ended up with a style that looks like this:

Which we like because it allows us to capture emotional expression and maintain champion personalities. This also opened the doors to more fun and whimsical non-champion emotes.

This direction helped us refine our goal for emotes: To give you an instantaneous way to express yourself in-game. You’ll access these using an emotes wheel (like the ping wheel) that will allow you to select from five emotes throughout a game…

…and you can swap emotes in and out between games from a new Emotes tab in your collection. We’re working now to get the feature into champ select.

Emotes are now ready for PBE, and we’re keeping a close eye on a few major things as they move towards live.

WHAT WE WANT TO ACHIEVE

WHAT WE WANT TO AVOID

WHAT KIND OF FEEDBACK WE NEED

If all goes well, emotes should be out by the end of the year. At launch, they will be purchasable in the store while we figure out how to best integrate them into loot. We’re excited to get them out there and see what you think, so please don’t hesitate to share your ideas! 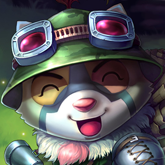