/dev: On the Purpose of Pre-Game

Hey all! Fearless here to talk about pre-game choices in League of Legends. This is a dense topic, and my goal today is to build a base of understanding around our design theory to fuel a much longer discussion, so let’s dive right in.

Currently, League of Legends features a web of choices you have to make before you get into a game. These choices, such as which champion to play, which runes to use, or which keystone to select, create an important space for strategic thinking. They let you define your approach to the game, how you want to synergize with your team, and how you want to react to your opponents. We offer enough power that you can express meaningfully different approaches, while constraining the power given to avoid reducing the outcome of the game to a test of intellectual optimization or net-decking proficiency.

To do this, we have to create a lot constraints on the pregame systems. We keep the power in pregame largely self-contained and non-transferable. To speak more simply, we keep pregame choices centered around the early game, and they tend to compete only against other pregame choices. This ensures pregame decisions can be a limited set of choices with clear opportunity costs. This allows them to capture some of the depth we see in other systems without forcing you to pre-plan every decision you’ll make over the course of the game to come.

There’s other constraints here though. Pre-game systems exist in a short time window in which you need to do a lot of things—choose a champion, choose a skin, and ideally plan a little bit with your team about your strategy. The ideal pre-game system would offer fewer, more powerful choices so that you prioritize specific, exciting interactions, while avoiding a paralyzing network of conditional optimizations. The choices won’t matter if the bonuses are small or if there are “right” answers to many of the choices, which unfortunately describes how runes in particular currently feel.

With all this in mind, let’s run through League’s current pre-game (with a focus on runes and masteries), and discuss what we think is going well, what could use some work, and some of the possibilities we see for the future.

Summoner Spells won’t be a topic of this article, and it’s worth explaining why. Similarly to Runes, Summoner Spells currently offer very limited choice in champ select. A Jungler who has not taken Smite is just doing it wrong. The power of Flash is high enough that almost every champion assumes it as part of their kit.

However, in contrast to Runes, Summoner Spells tend to exhibit opportunities for skill expression and contextual decision making in game. Nine armor is just nine armor, but how and when I use my flash, or how I plan my path and objective pressure around my Smite charges is a chance for mastery. There’s definitely a lot we want to someday make better about Summoner Spells, but other parts of the game currently have a lot more to fix.

End of the side note.

The Pacing of Pre-game

We think that pre-game should have a clear window of influence; in other words, the choices you make here should make combat tactically and strategically rich while your champ’s abilities are still coming online. This power then needs to fade away as other sources of power kick in, allowing you to focus on champion-specific growth and the impact of your item choices, skill choices, and mechanical execution.

TL;DR: Pre-game should be compelling and meaningful, but should not overpower champion uniqueness, reactive item relevance, or mechanical skill.

Pre-game decisions should provide meaningful options for every champion. At the moment, many champions lack satisfying choice here, and a few feel completely left out in the cold. The constraints of choosing between only three trees and having to spread power over 30 points present some obvious causes of Mastery stagnation—but we have the opportunity to break these constraints and make something that’s better and more interesting.

For example, despite issues where Keystones aren’t supporting everyone equally, they’ve shown potential. When Stormraider’s Surge lets a Nasus or Kha’Zix opt into stickiness over raw damage, we see the way pre-game systems can enable meaningfully different approaches to League. This potential collapses when we see particular keystones become mandatory (Deathfire Touch on Malzahar, for example); because there’s a “right” and “wrong” choice, you’re not given a genuine way to impact your game via your pre-game decision making.

Moving forward, pre-game systems should be designed with the expectation that each player should make multiple significant choices—choices that will clearly impact your game. They should provide you with an appreciable opening to demonstrate your strategic skill, which then translates into a way to demonstrate your execution of the gameplay options you’ve created through those choices.

The goal is a clear and rapid reward loop for examining your actions, reflecting on your decisions, making changes, and doing it all over again.

The Problem with Runes

At the moment, runes aren’t delivering on this type of goal. Runes frequently require some very obtuse mastery, with low visibility impacts, leading them to be unsatisfying for most players. They offer little skill expression. It’s hard to outplay 9 armor or 4.5% movespeed, for example, and it’s hard to examine what those choices do for you moment-to-moment or across hundreds of games. Surprisingly to most, they also represent a very large block of power in the early game. This is not to say that Runes don’t have positive elements, but we think there’s tremendous space to make improvements.

Runes stand in stark contrast to Keystone Masteries, a system that frequently benefits from windowed power and clearer signals of effects. This allows for better understanding of the choices made, but also moves the game toward more tactically diverse, situational interactions.We’d love to see the whole of pre-game move in this direction.

TL;DR: We want to create a pre-game ecosystem that can keep up with the best elements of the rest of LoL.

Most of this is just a philosophical exploration of what we hope for in pre-game, and where we’re currently falling short. So what comes next? We’re looking hard at runes and masteries, with the intention of building new systems that ensure we provide you with decisions that feel like they actually matter; and just as importantly, that feel like actual decisions.

In the meantime, we’d love to hear your thoughts. What is it that you’d hope to see in new pre-game systems? What are your thoughts on the current runes and masteries? Rebuilding pre-game is a big project that’s going to take a long time, but we want to get it right.

I’ll be around in the comments if you have questions or comments! 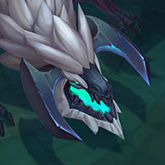 Under Pressure: Inside kkOma’s mental palace