First time watching an international esports event or want a quick recap of the changes coming to the 2017 Mid-Season Invitational?

Here’s your guide to the upcoming tournament in Brazil.

What is the 2017 Mid-Season Invitational?

The 2017 Mid-Season Invitational (MSI) is an international League of Legends tournament. Starting this year, all 13 regions will participate by sending their most recent split champion (Spring Split or Split 1) to face off against other regional champions to prove who is the strongest region.

MSI travels to different host regions and this year it will be taking place in Brazil. Previous tournaments took place in China and North America.

Here’s the following teams, regional leagues, and regions that will be competing at MSI 2017:

What are they playing for?

The MSI Champion title, trophy, medals, prize pool, and the regional glory that comes with victory on the global stage.

As we previously announced, 25% of the total sales from the Conqueror Karma and the Conqueror ward skin will contribute the MSI 2017 prize pool from April 24-May 24.

Here’s how it’s broken down by team placement at MSI 2017:

As with last year, the results of MSI will impact where regions are seeded for the 2017 World Championship.

The tournament has three different phases:

The brand-new stage takes place at the CBLOL Studio starting on April 28. Ten teams will will participate in the Play-In including: 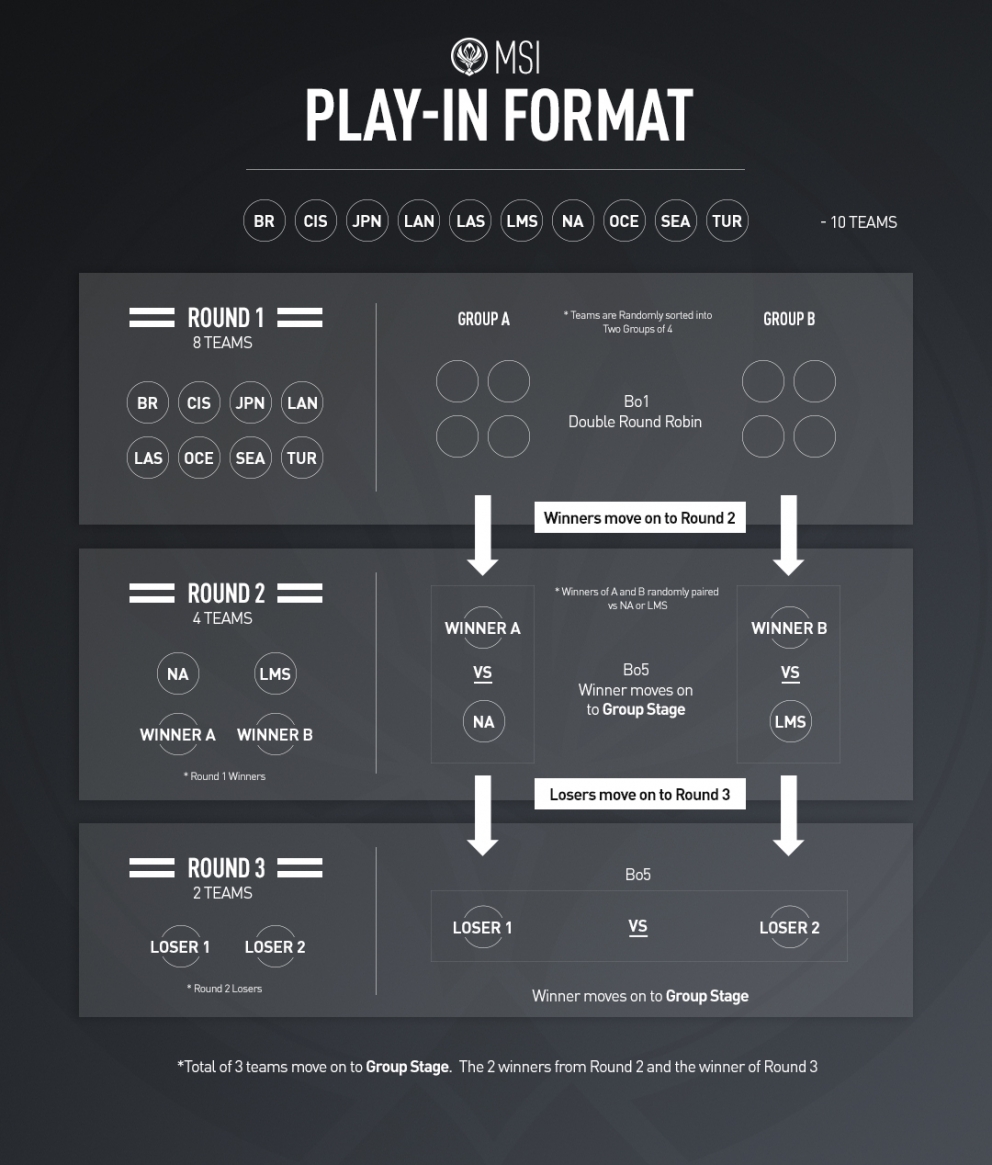 Three teams from the Play-In Stage will advance to take on the most recent champions from Europe, China, and Korea. The format remains the same as last year with the six teams competing in a Best of 1 double round robin which means every team will play each other twice.

As with last year, the top four teams from the Group Stage will advance to a Best of 5 bracket.

When is MSI happening? How can I watch?

The MSI 2017 broadcast begins at 11:00 AM PT each day and will be streamed on Lolesports.

We’ve been working closely with all the regional leagues in advance of MSI 2017 to give them time to understand and comply with the ruleset. If you’d like to review the official language in the ruleset, read the 2017 Mid-Season Invitational rules here.

How can I support my region at MSI?

Stay tuned to Lolesports to see who will reign at MSI 2017. The battle begins with opening match of the Play-In Stage, where Brazil’s Red Canids taking on Oceania’s Dire Wolves on Friday, April 28 at 11:00 AM PT.