Camille for the Severed Ties comic

Hey guys, Riot Jag a.k.a. the Slumdog Camillionaire here. With Camille’s release, it seems like a great time to talk about some of the lessons we’ve learned about top lane over the course of League’s development, and how we used those lessons in developing Camille’s kit.

Basically, let’s take a look at the evolution of the laning fighter in League of Legends, with an emphasis on what types of tools melee champions need to create satisfying, skill-based combat patterns

In general, our early approach to doing melee champions was rewarding continuous uptime. For these champs, playing “successfully” was primarily about sticking onto the target, and less about executing on a specific damage pattern. A good example of this is Xin Zhao: a champion that has very little tactical variance on a kit level, with a fairly limited amount of choices or actions to take when he gets on top of someone. Despite that, he desperately needs to continuously land basic attacks to reduce his cooldowns, which of course improve his stickiness. We’ve learned that this type of pattern is extremely binary (also called “feast or famine”) — the output is either exponentially self-sustaining, since the champ is in melee forever, or it fails to connect entirely, and is useless. Both of these outcomes tended to be unsatisfying.

Windowing kill opportunities makes it so a melee champion doesn’t have a binary success/failure condition dependent on one all-in confrontation, but instead requires repeated outplay moments to earn the lane victory.

Even worse, when the success of melee kits was reduced to “being in melee range”, it made melee vs. melee combat incredibly uninteresting (as opposed to melee vs. ranged, where both sides have a dynamic tug-of-war depending on what their distances are). Fighting other melees often degenerated into a pure stat check since they achieved their success case (getting into range) by default , which was a particularly rough state of affairs when top lane almost always featured two melee champions squaring off against one another.

We knew we could do much better for our melee players.

Since around 2013, you may have noticed a change in the way Riot designs melee patterns. There have been two major tactics we’ve used to great effect here: 1) giving melee champions positional reasons to move away from their target (positional variance), and 2) pushing success models away from continuous uptime and toward temporary windows of big power — or put simply, allowing some breathing room for downtime.

Let’s use Poppy as an example of interesting contextual positional variance. She has a clear “big moment” when she Heroic Charges (E) someone into a wall for nasty damage and a big stun, but it requires precise positioning relative to her opponent and to terrain. To help her in this goal, Iron Ambassador’s (P) shield creates a new objective on the battlefield for Poppy and her opponent to reposition around, and her Hammer Shock (Q) can zone enemies and force them to move in a direction that is favorable to her. This leads to a much more “earned” feeling of success for properly maneuvering Poppy’s enemy into a perfect Heroic Charge.

Meanwhile, Yasuo is a prime example of a champion that is heavily windowed in lane. Even when he’s trading on his opponent, he generally needs to regenerate resources before he can land a kill. His Way of the Wanderer (P) shield and the internal cooldowns on his Sweeping Blade (E) make it so that it’s unlikely he can brute force a kill by just sticking to a target (not until later when he has a lot of items, at least), since his advantage isn’t perpetuated by being in melee range. I don’t think we’d call Yasuo the epitome of laning counterplay (he can feel like a hard counter in some matchups), but we do think his kit does a lot well in terms of windowed power.

...top lane is the dueling lane. Players expect a very distinct set of skills to be expressed in top lane — nuance of understanding matchups, top tier execution of skills, and elongated 1v1 periods, to name a few — and we want to deliver on that.

Windowing kill opportunities makes it so a melee champion doesn’t have a binary success/failure condition dependent on one all-in confrontation, but instead requires repeated outplay moments to earn the lane victory. One drawback is that these lanes tend to feel very high intensity for both sides — a player losing to a Fiora or Yasuo that is repeatedly trading well on them every 5-10 seconds can feel heavily mentally taxed. However, patterns like these require riskier action from the winning melee champion, giving chances for jungler intervention or other outplay moments, whereas the older models would resolve a win/loss very quickly.

OVERLOADED BUT NOT OVERPOWERED

Finally, let’s talk a bit about “overloading” kits. Many players have asked why we give our laning fighters access to so many tools and mechanics — sustain, waveclear, mobility, burst damage, sustained damage, etc. The easiest way to answer this is looking at the opposite question: What are champions with extremely focused strengths supposed to do in a long lane that features the most varied range of opponent abilities? The answer is that these single strengths must be overemphasized to the point of being excessively binary for them to even function.

Tryndamere excels at one thing, but has few tools to employ if that one thing fails.

Example: Personally, I love playing Tryndamere. I’m okay taking the trade of mediocre waveclear, very low CC, and very low teamfight contribution, for absurdly high damage and super satisfying critical strike animations. However, the end result is that I provide very little besides damage, and so I’m not effective in much besides split pushing for the entire game — which means I have to be incredibly strong in the split push or I don’t even function as a champion. Contrast this with a champion like Sion, who has a little bit of almost everything (damage, CC, waveclear, tankiness), but generally has to put everything together well to be effective.

Giving top laners more tools also gives both sides more agency in the outcome of the lane, whereas removing tools trends outcomes towards being much more deterministic and binary (in other words, the lane is won or lost on draft, or within a few minutes of game start). And remember, top lane is the dueling lane. Players expect a very distinct set of skills to be expressed in top lane — nuance of understanding matchups, top tier execution of skills, and elongated 1v1 periods, to name a few — and we want to deliver on that.

Summed up, our design team has done some great work over the past few years at paving the way for us to make melee more fun and interesting. Now let’s look through some of these design philosophies and how they were applied to Camille, League’s newest top laner.

First, positioning. Camille has several moves that make her mindful of her position relative to her opponent, without pure reference to melee proximity. Her Precision Protocol (Q) demands for her to be in melee range at one point, and be in melee range again within 1.5-3 seconds later, but does not require any “sticking” in between, giving freedom for both parties to reposition with a clear understanding of the success condition. Tactical Sweep (W) actually forces her to exit melee (sometimes) to get the most powerful benefit of the outer cone. This creates opportunities for enemies to capitalize on her risk by outranging the cone, or to quickly close in and punish her since she is locked out of auto-attacking to access her Adaptive Defenses shield.

Strong positional awareness gives Camille the advantage in a fight.

The closer an opponent is to a wall, the easier it is for Camille to land her Hookshot (E) since there’s considerably less room for them to sidestep or dodge. The combined effect of these spells is to (hopefully) create a dynamic lane that has multiple tactical considerations beyond “are we in melee range , check yes or no”.

Second, let’s look at windowing effectiveness. Camille has very powerful cooldowns that allow her to trade effectively, but they don’t all come up at the same cadence and so she has continuously varying amounts of power at different times. For example, in lane her Adaptive Defenses (P ) cooldown is among the most powerful trading windows she has, but it is also quite long, which allows her some windows of Precision Protocol trading that are extremely powerful, and some that require more risk and outplay. This can generate the same problem of mental fatigue when fighting against her — you have to track a lot of cooldowns independently — but it’s important for certain points of information to not always be perfectly available to create dynamic experiences. The most obvious example in League of Legends here is Flash: When an opponent doesn’t know that Lee Sin has Flash, they may position in a way that grants him access to extremely flashy but high risk plays like Insecing . These plays make LoL exciting and fun to watch/play, and are important to retain to preserve a path to mastery at the highest of levels.

Camille is the latest effort in our evolving understanding of melee combat in League of Legends. Her kit is based on all the lessons we’ve learned so far, and I’m sure we’ll learn even more as we see what you folks do with her. I’m extremely excited to see her go live, and looking forward to what we can do next. 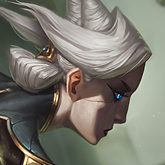 2016 League of Legends World Championship By the Numbers