For years, the best way to find stories about champs and the regions they hail from was to do a Google search and hope Lady Luck was smiling. We knew there should be a better way for players to explore the world of League of Legends, so we set out to build a more accessible, immersive experience.

Enter Universe, where players can delve into the stories of Runeterra.

Tales about League’s universe were once scattered across a bunch of disconnected pages and microsites. We’d release new content, get really excited about it, then immediately disappear it into the interwebs when new stuff came out. New players were missing out on stories like Burning Tides because they started playing a season late, and old players could spend an unreasonable amount of time searching for a thing they remembered liking a few years back.

There was no true home for stories about the world of League of Legends.

We wanted to build a site where players could easily access the realm of Runeterra—a place to wander the alleys of Zaun, survive the sands of Shurima,  and endure the chill of the Freljord. Additionally, we had a ton of stories and artwork featuring the landscapes and cultures of Runeterra  that we’d never released, and the idea of Universe gave us a dedicated place to share them.

Universe also allows players to peruse the vast collection of art and artifacts about Runeterra’s diverse occupants. At last, there’s a place to find more information about everybody’s favorite yordle.

WAIT, SO WE’RE GETTING MOAR LORE?!

Yes, but there’s something about the word “lore” that brings to mind dusty pages of archaic history hidden in voluminous tomes tucked high on an abandoned library shelf. Stories can be conveyed through many of mediums, and the ones on Universe are told through cinematics, comics, artwork, soundtracks, and videos —as well as written text.

“Lore” also implies a singular, permanent truth, but Runeterra’s landscapes and characters change over time. Expansive worlds like the Marvel Cinematic Universe inspire us to establish Runeterra as a place whose potential for character-driven stories is virtually unlimited. We want to share this world, in all of its depth and complexity, in a way that transcends beyond traditional lore.

Universe is expanding, and there are many frontiers to explore. Most of today’s content is actually yesterday’s, but now it’s all collected in one place. There’s some new stuff, such as unreleased concept art and a handful of short stories, but we’ve got a lot more in the works and big plans for the years to come. Our goal is to release new narrative content more frequently than in previous years, especially now that we have a better platform to publish on.

Your feedback while Universe is in Beta will help to make it the proverbial shit, and we’re looking to pursue the features and stories you’re most interested in. Maybe you’re curious about what’s up with Vi’s sister or the Darkin? Would you like to see more artwork, cinematics, or long-form stories? Are you interested in a comic book reader or audio texts?

Please, let us know! We’re excited to hear your suggestions and ideas about how to expand Universe and Runeterra. Feel free to drop your feedback below, or wander over to Universe and share your thoughts later in the survey. 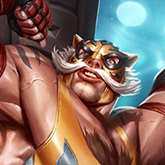 justinshull
Product Manager
Justin Shull
Justin Shull works with the Creative Development team on ways to better connect players to the League universe, which he refers to as “Interdimensional Transportation R&D."
Next Article