It’s been an incredible month of games leading up to the Finals at Staples Center in Los Angeles, California. Thanks for following us on the road across North America and supporting the best teams in the World on their journey to lift the Summoner’s Cup!

On the eve of Finals, here’s an update on the total prize pool that teams will take home, including all proceeds from fan purchases of Championship Zed and Championship ward skins.

Over the last few weeks, our total prize pool has been raised to $5.07MM – remember that you can still support the prize pool through November 6th, and we’ll announce the final total just after! 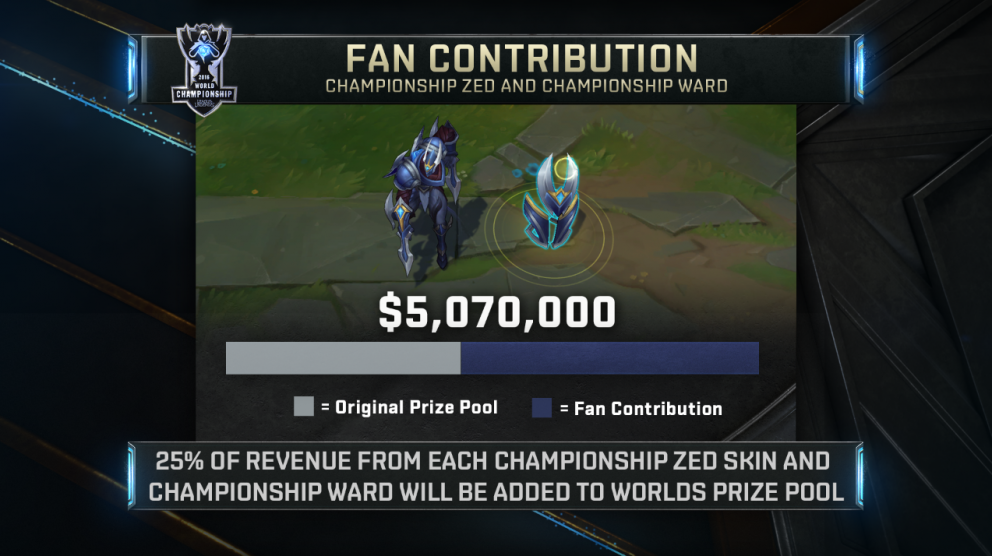 Thanks again for helping to support the best pro play in LoL esports. See you at the Finals!