Counter Logic Gaming’s stepped up. Coming back strong ever since their mid-Split slump, the boys powered through Team Impulse in their 3-0 2015 NA LCS Summer Split Semifinals victory. They proved to be a threat from every position against TIP, displaying new levels of confidence, and patience, as they adapted throughout the Best of 5 series. Afterwards, we sat down with CLG’s AD carry Yiliang “Doublelift” Peng to find out how his team finally found success in the Playoffs.

Early pressure was a huge factor in the series, according to Doublelift. And while CLG got off to a blazing start, ganging up on Eon-yeong “Impact” Jung’s Shen to grab First Blood of the series for top laner Darshan “ZionSpartan” Upadhyaya’s Olaf, Impulse answered with dazzling displays of their signature aggressive tendencies. In every game, Impulse’s jungler Yoon-jae “Rush” Lee punished CLG around the Rift early, consistently finding moments of opportunity.

“This series was a good example of why Rush is really good and why he’s also not as good,” says Doublelift. “He’s so ridiculously good early game. He always has insane pressure over the map. All three of our lanes had to play scared a lot of the time just because of him and the pressure he puts on us.” But while Rush was a terror in the early game, he couldn’t translate that early game pressure into mid and late game power. And eventually, TIP’s over-aggression got the best of them.

It happened time and time again over the series, with Impulse gaining an early lead thanks to Rush, then CLG clawing their way back. “We know how to play from behind because we’re behind so much,” laughs Doublelift. “It’s not a daunting task anymore. We have a plan when we’re behind, it’s not a big deal. Before, it was the end of the world. It’s not like that anymore.”

To shut down Rush, Jake “Xmithie” Puchero rose to the occasion on Ekko and smothered the map with wards so TIP’s jungler couldn’t get as many ganks off. He dropped 103 in just three games. “I feel like everyone underestimated Xmithie,” Doublelift says. “He has really good vision control and team fighting.” Not only that, but he stood up to Rush when many thought he’d get completely shut down. “I think they matched pretty well together. Rush was better early, but they disrespected Xmithie a lot and let him do whatever he wanted.”

“Xmithie is really good at messing with people,” Doublelift continues. “He’s just a really smart player. A lot of the time he’ll stop their back line from doing damage and that’s all you need. A player that’s extremely disruptive. He doesn’t get all the farm, he doesn’t get all the kills, he doesn’t make flashy plays. But he’s really consistent and really smart and puts in a lot of work. I’m glad we have him and I’m glad he shut the haters up.”

Xmithie may still be considered the weakest link on CLG, but after his performance in the Semifinals, that’s a scary prospect. Every CLG player shined in the series, having moments where they played perfectly, according to Doublelift. And with that being the case, he and his support Zaqueri “Aphromoo” Black were free to focus and smash their lane opponents, drawing the attention of Rush. “I’m taking pressure away from my teammates, and I’ll know they’ll pull through when the time comes. It’s so much better this way. There’s not all this burden like I have to carry.”

Nevertheless, that’s exactly what he did. Going 20/5/23 in the series, Doublelift was a monstrous presence. And even though he thought he unnecessarily died early in every game, there were occasions where he showed restraint, backing off from a skirmish instead of taking a risky rocket jump towards TIP’s outstretched arms. “I’m glad I had moments where I thought I was totally in control of this game,” he says. “But early, Rush is just such a monster. He put me in check a lot.”

Even so, with everyone on CLG coming together and relying on one another throughout the series, they were able to pull off their first LCS Semifinals win. “I hope people remember that we’re a real team now,” Doublelift says. “I think we took really good initiative, even when we were behind. That’s the sign of a team that actually knows how to work together. A team is five people who trust each other to follow up on their play. And before, when we’d get behind we’d say, ‘no no that’s not going to work, I’m scared this might happen.’ But I think now we’re a lot more fearless…I’m really proud of my team.”

Now, as Counter Logic Gaming have kept their Playoffs dreams alive and head to Madison Square Garden as Finalists of the 2015 NA LCS Summer Split, Doublelift is almost giddy at the thought. “It’s crazy!” he laughs, totally lighting up. “I didn’t think it would happen. I knew that we should win this match, but I was always unsure if we could actually pull it out and make it happen. And we did!”

Not only that, but they get their wish of facing off against longstanding rivals, Team SoloMid. With a week to prepare for TSM in the Finals, CLG are more motivated than ever to continue on their warpath of success in order to take home 1st place and punch their ticket to the 2015 World Championship. 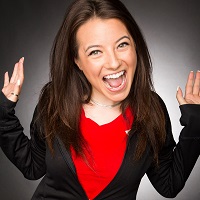 Cheer for a champion at the Coca-Cola LCS Viewing Parties